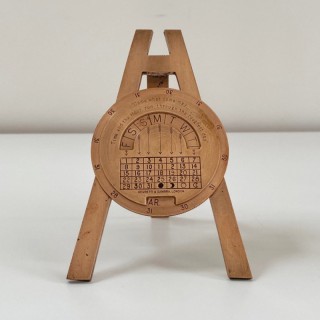 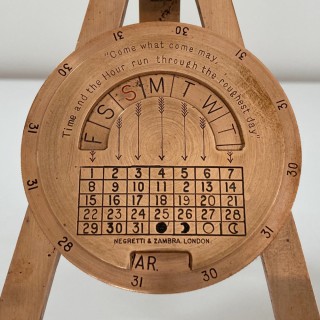 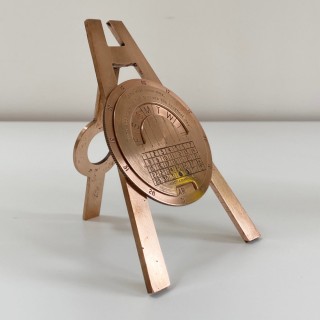 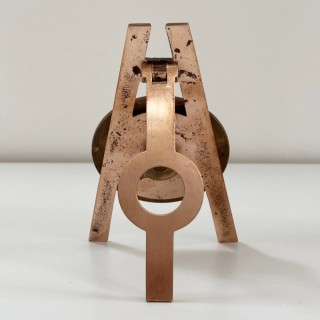 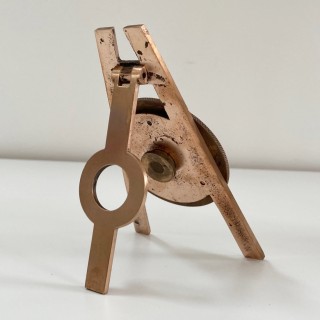 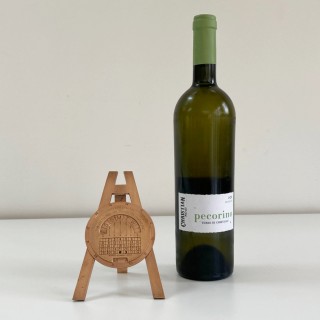 Constructed entirely of brass with A frame stand and hinged single leg support, the front is surmounted with two moving dials or volvelles. The outer, hand-operated dial is engraved with months and the requisite number of days for each, a central dial is incorporated into the face plate which is in turn engraved with the days of the week and can be hand operated by means of a knurled dial behind the face plate.

The central dial is engraved with days of the month and moon phases, with arrows above which co-ordinate with the inner dial to tell the observer what days and dates correlate to that particular month.

This rare item was probably conceived by Negretti & Zambra as an accompanying product to their famous weather forecaster patented in 1915, however they were likely to have been produced in much lower volumes given the few that seem to appear on the market. A nice companion for a weather forecasting set or a useful and aesthetically pleasing standalone piece for the desk.

Please note, the darker areas to the reverse of the calendar are simply casting marks in the brass.