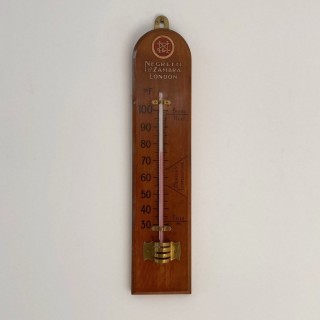 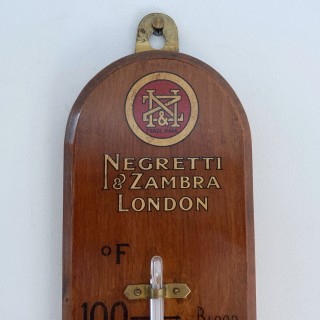 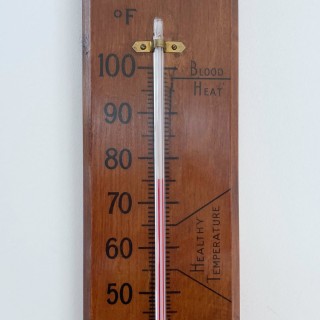 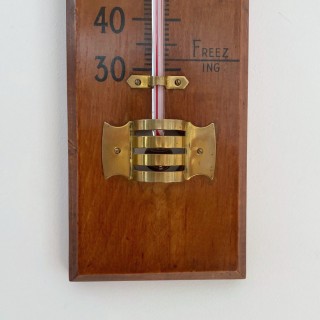 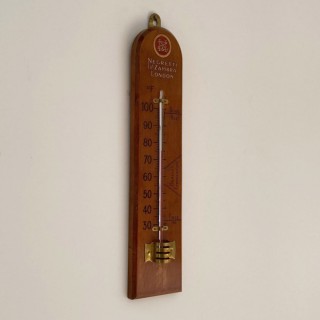 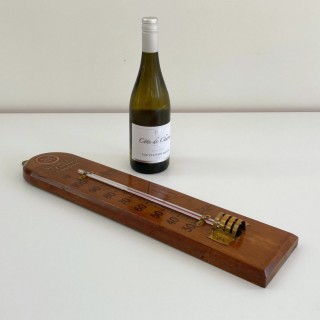 This unusually large red spirit thermometer is comprised of a 52cms fruitwood dome topped base with transfer printed Fahrenheit scale from 30 degrees to 100 degrees (freezing to blood heat) and lovely Negretti & Zambra logo to the top. The thermometer is held in place with original brass fittings and large scale thermometer cover.

Negretti & Zambra were a leading name in the production of meteorological and scientific instruments and have a company history dating back to 1850. Throughout their long and esteemed history they exhibited at British industrial fairs throughout and became makers to both Queen Victoria and Edward VII. Owing to changes in the business, the firm ceased the public retailing of scientific instruments sometime around the late 1960’s and continued with a focus on the aviation industry in numerous guises until its eventual liquidation in the year 2000.