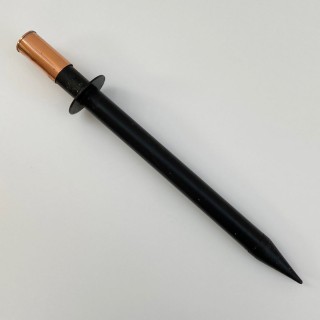 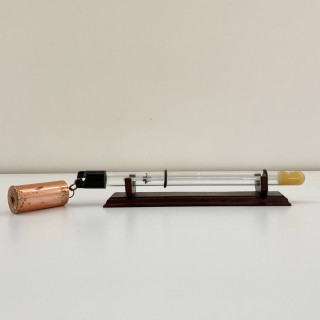 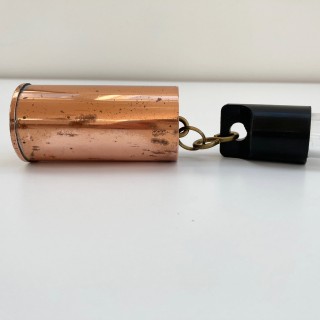 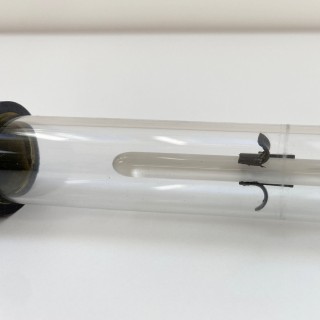 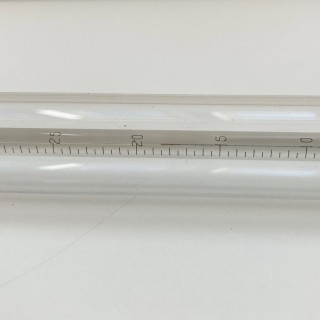 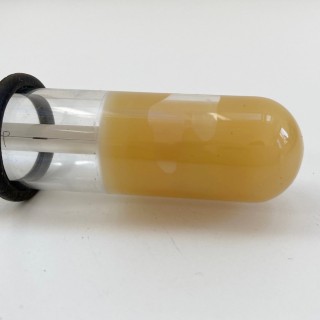 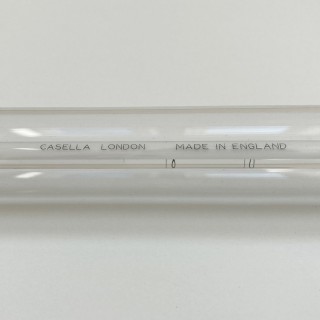 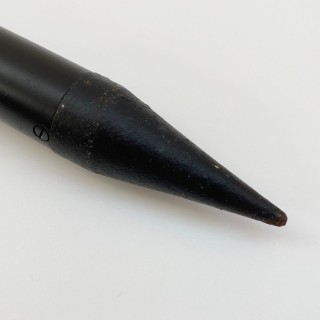 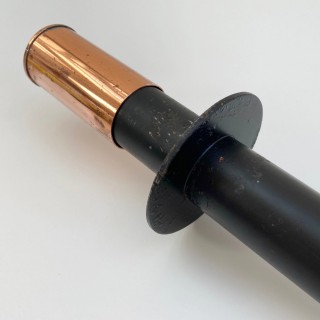 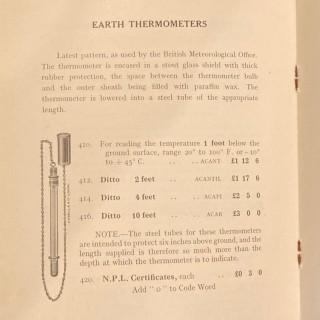 Comprised of a black painted steel spike shaped outer casing with circular ring to denote the correct depth for the spike to be inserted into the ground. The Casella thermometer is described as thus in their catalogues of the period:

Casella made these thermometer in lengths between 1 foot and 10 feet depending on requirement, it notes that:

“The steel tubes for these thermometers are intended to project six inches above ground, and the length supplied is therefore so much more than the depth at which the thermometer is to indicate.”

Probably the most common for normal meteorological recordings, this example is the smallest example of its type and remains in superb condition and in good working order. A super design and a rare meteorological thermometer.

Given their Italian origins, it is perhaps not surprising that like Negretti & Zambra, Casella also hailed from the Como region of Italy and he was very well acquainted with his competition.

Luigi Pasquale Casella was the son of a musician who came to The British Isles in the Early Nineteenth Century and the anglicised “Louis” was born in Edinburgh in 1812. His Father eventually rose to be a music tutor to George III’s daughters but by the 1830’s, his son had apprenticed to Cesar Tagliabue, a noted Italian instrument maker who had been in London since the turn of the century.

Casella eventually married Tagliabue’s daughter in 1837 and shortly after formed the partnership of Tagliabue and Casella with his new father in law in 1838. Tagliabue was already known to have been exporting his products to South America and Europe and must have provided Casella with a perfect grounding in both instrument making and more importantly in the business of selling them.

It is somewhat strange that this partnership should ever had existed given that Cesar is known to have had three sons, John, Anthony & Angelo but presumably his focus was on providing his daughter and her husband an equally good opportunity in life. The numerous Tagliabue’s listed in trade directories of the period would suggest that the family remained close knit in any case and the son John also went on to form an early partnership with Joseph Zambra prior to the latter’s more famous partnership with Henry Negretti in 1850.

Cesar Tagliabue eventually died in 1844 leaving the business to be solely managed by his son in law Louis Casella and the under his long stewardship became one of the most renowned scientific instrument making firms of the nineteenth century, providing products to the likes of Darwin and Livingstone. Cordial relations were almost certainly maintained with Negretti & Zambra over the years as Casella’s catalogue of the 1860’s shares numerous similarities with his competitor. Both were equally capable makers so it suggests that the parties were probably sharing manufacturing practises to create greater industry and both exhibited with great success at The Great Exhibition and the following Exhibition of 1862 where Casella was awarded a prize for his meteorological instruments.

By this point, his catalogues state that he was employed as an instrument maker to The Admiralty, The Board of Trade, Board of Ordnance, The War Department, The Royal Observatories at Kew and The Cape of Good Hope and numerous Governments and Universities.

Casella’s sons, Louis Marino and Charles Frederick both trained under their Father alongside other members of the Tagliabue family and also the latterly famous JJ Hicks who was perhaps the most promising of all of those that emanated from his workshop. He eventually died in 1897 whereafter Charles took over the sole ownership of the company.

Sadly, the younger son did not possess the same level of business acumen and skill as his Father and the business had become rather run down by 1905 but it was incorporated in 1910 and with the assistance of more adept management from Rowland Miall and Robert Abraham, manged to regain its momentum. The First and Second World Wars saw it engaged in numerous Governmental contracts but also saw the deaths of both of Casella’s sons, finally severing the link with the original family.

Casella is one of the few companies of this period that still remains in existence today, it continued to provide meteorological instruments throughout much of the Twentieth Century but the focus of the business has since diversified into environmental sampling and monitoring products.