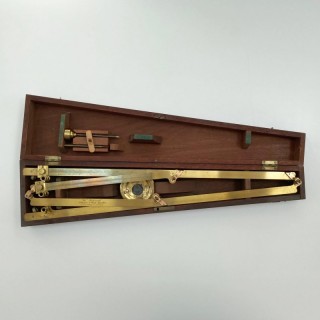 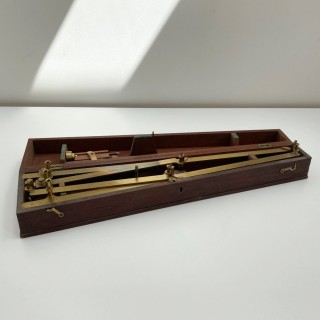 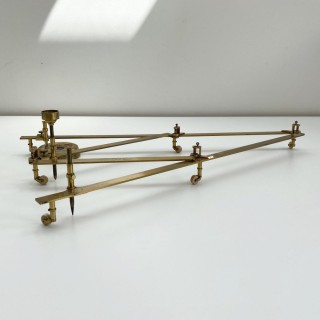 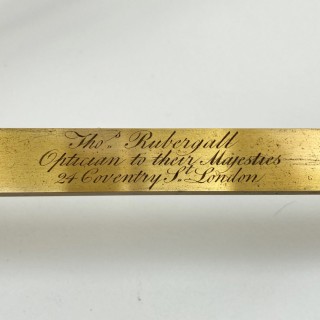 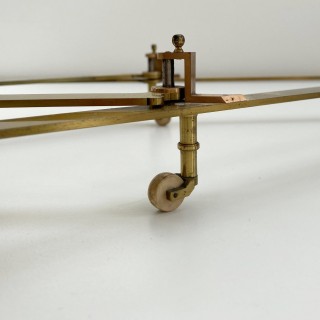 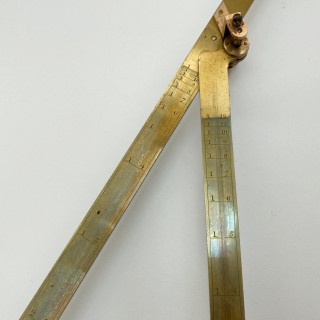 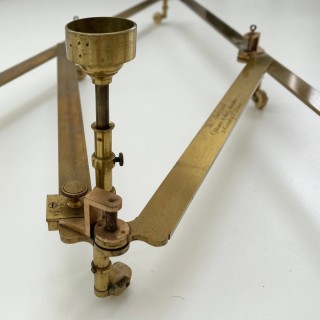 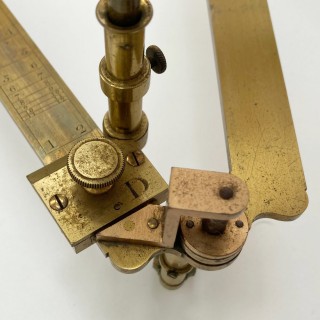 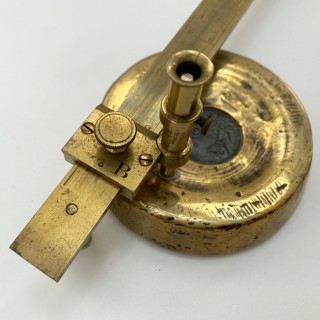 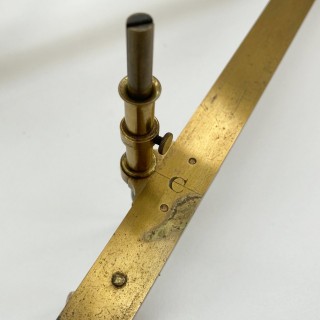 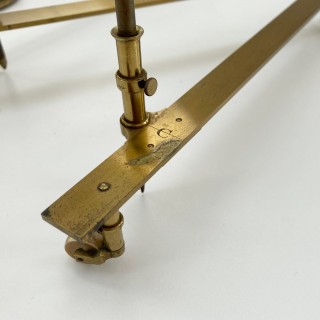 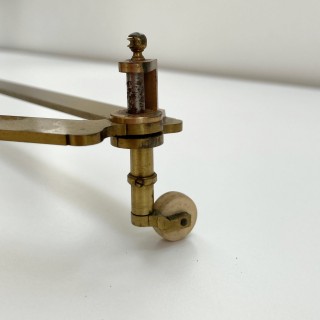 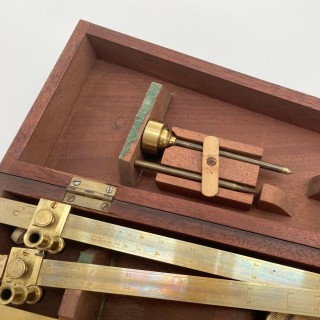 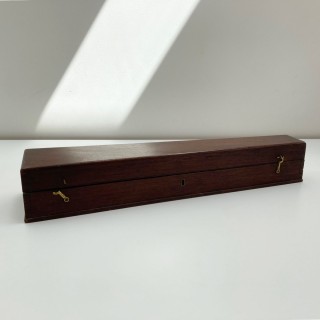 Comprised of four original lacquered brass bars connected together to form a central parallelogram. The extended limbs either end have a fixed lead weight at one end to create a fixed point for the instrument with the other containing a pencil holder. The central axis between has a secondary pen holder from which an original drawing can be traced. The movement of the central pen on the mechanism causes the pencil at the far end to trace an exact image but in enlarged form.

Both the lead weighted fixed point and the central pencil hold can be side adjusted along the bar length in order to inform the scale of the enlarged copy being produced.

This example is in excellent condition with superb quality brass workmanship and much of its original lacquer remaining. It comes complete with its original bone castor feet and brass covered lead weight. It is engraved along one limb simply to, “Thomas Rubergall, Optician to Their Majesties, 24 Coventry Street, London” and has further scale measurements for accurate setting and adjustment of the instrument.

The mahogany hinged and fitted case also remains in super condition. An extremely fine example, Rubergall’s work is perhaps less well known but his output is one of consistent quality and it is unsurprising that his instruments are often found with references to royalty.

Thomas Rubergall was active from 1802 until 1854 in London and traded from three different addresses throughout those 52 years. Prices St, Soho from 1802 to 1805, 27 Coventry Street, London from 1805 to 1823 and then from there he seems to have moved to number 24 Coventry Street thereafter. Rubergall seems to have been from Huguenot French descent and may be related to earlier well known Chelsea market gardeners of the eighteenth century with the same name. He was renowned enough to have been appointed optician to George III and mathematical instrument maker and optician to the Duke of Clarence (later William IV) and to Queen Victoria.

The site of the Rubergall’s shop was situated between Piccadilly and Leicester Square.

A superbly executed instrument from one of the most prominent scientific instrument retailers of the first half of the nineteenth century.