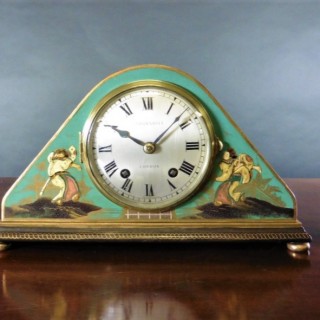 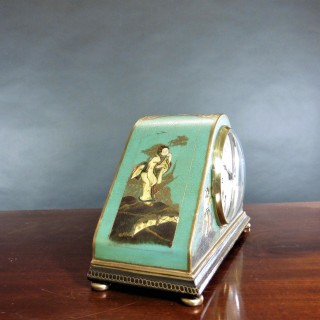 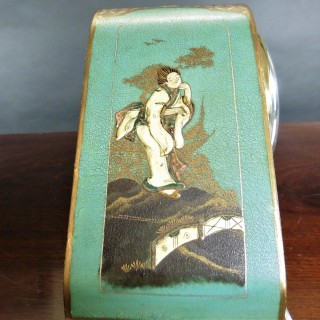 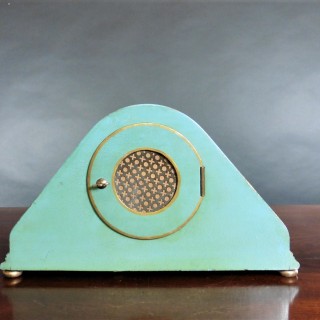 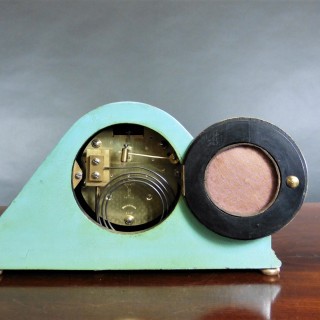 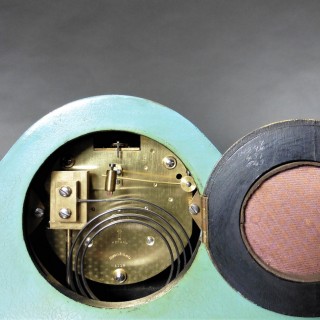 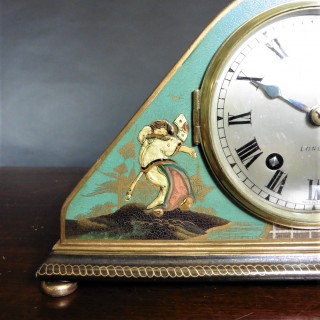 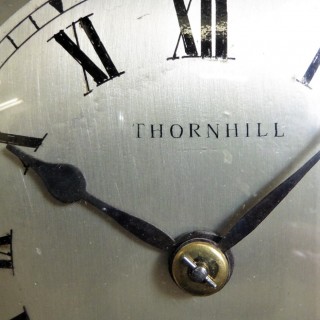 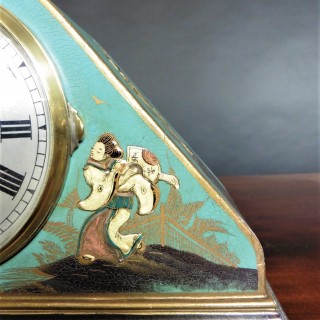 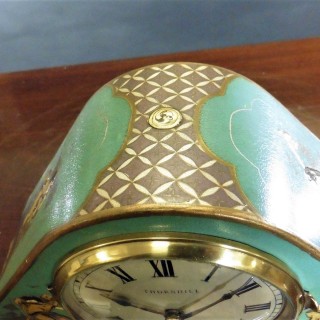 Shaped case with raised Chinoiserie decoration on a turquoise ground resting on a stepped plinth with four brass bun feet.

Eight day English movement by Astral, numbered 4116 with platform escapement, striking the hours and halves on a coiled gong. C.1900

In 1871 the firm of H.Williamson Ltd was founded by Henry Williamson in Coventry with offices and showrooms at 81, Farrington Road. By 1903 Williamson had factories in Coventry, Salisbury and Buren (Switzerland). In 1928 the firm began producing clocks under the name of ‘Astral’ with a clock key as the logo. In the mid 1930’s mainly due to the world wide depression the company was forced into liquidation and became a part of the English clock and watch manufacturers which in turn later on was taken over by Smiths English Clocks. Astral clocks were produced up until 1955.