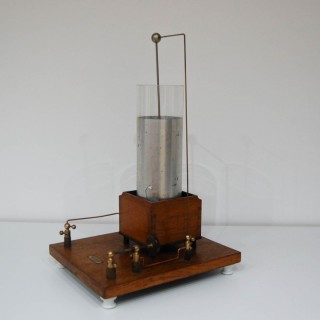 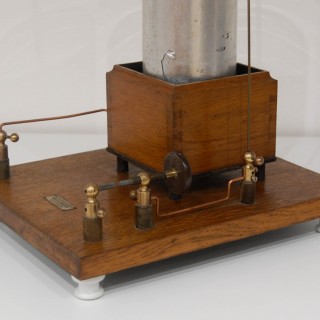 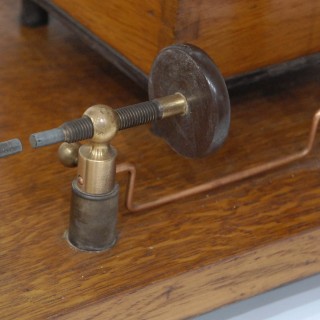 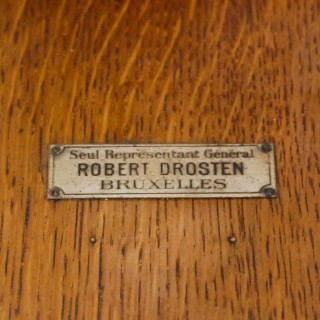 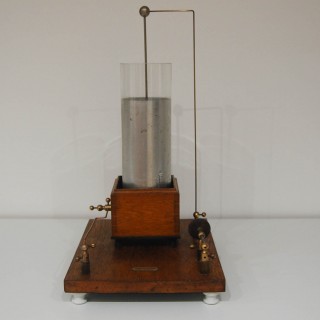 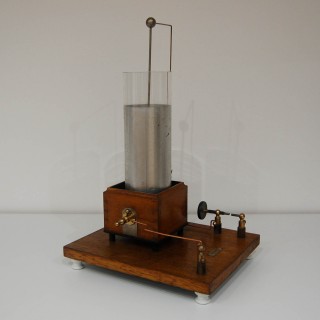 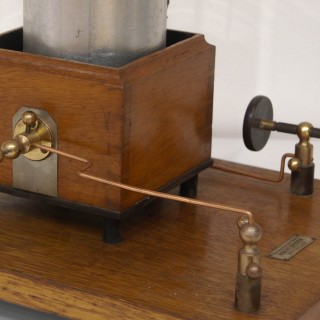 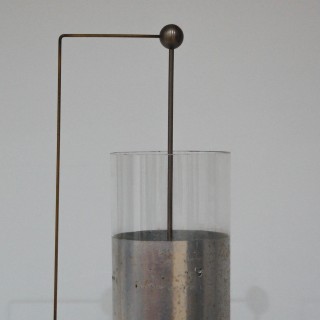 Initially invented in 1891 by Nikola Tesla, this rare piece of early apparatus is integral in the process of stepping an electrical current up to the voltages required to power a Tesla coil. The leyden jar would be fed electricity by two transformers or an induction coil, which when filled would allow a spark to jump across the gap and take the circuit out of equilibrium. This in turn drives an inductor into oscillation allowing the tesla coil to feed on high voltage, low frequency current and create the stunning effects caused by the ionisation of the surrounding air.

The piece is comprised of an oak base resting upon four white ceramic feet with an oak foiled lined box containing a 39cm high x 11cm diameter glass leyden jar. An adjustable spark gap is situated to one side and further connections to the other. A brass engraved makers plate to the front states, “Seul Representant General, Robert Drosten, Bruxelles”.

We can be sure of this pieces early pedigree as the optician and scientific instrument maker, Robert Drosten is known to have been trading in Brussels from 1891 to 1914. He traded at Rue des Boiteux until 1905 and thereafter from Rue de Marais. He also acted as the main agent for Carl Zeiss from 1896.

A very rare and early piece of Tesla related history.