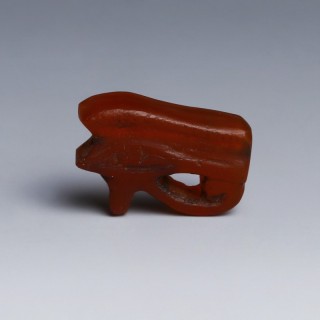 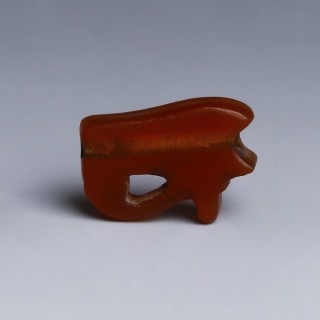 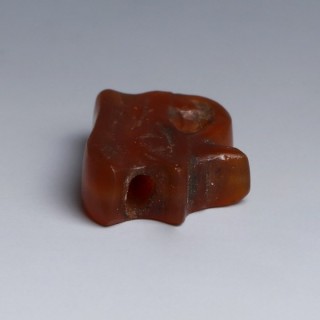 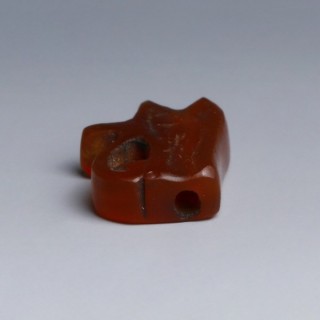 A finely modelled eye of Horus made from vibrant carnelian. The almond shaped eye has been depicted and incised lines decorate the eyebrow. The amulet has been pierced for suspension and the reverse remains un-modelled.

The wedjat amulet, also known as the Eye of Horus, was one of the most popular amulets in ancient Egypt. It was associated with rebirth and regeneration and was worn by both the living and placed on mummies. It depicts both the human and falcon eye of Horus, who was often represented as a falcon. In Egyptian mythology Horus’ eye was injured or stolen by the god Seth and then restored by Thoth.