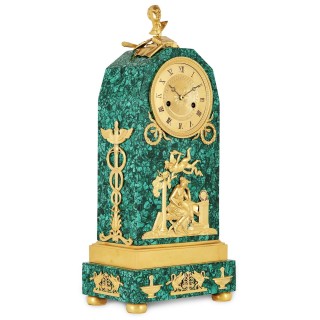 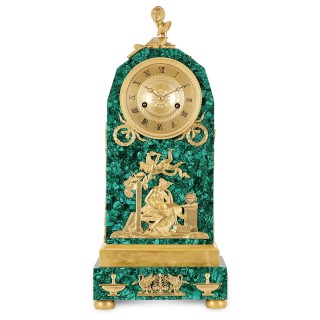 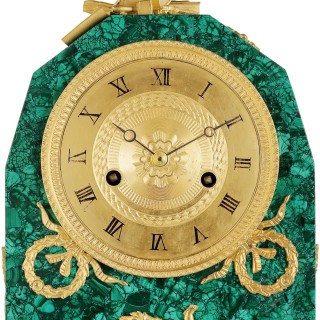 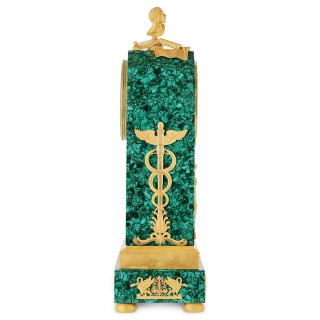 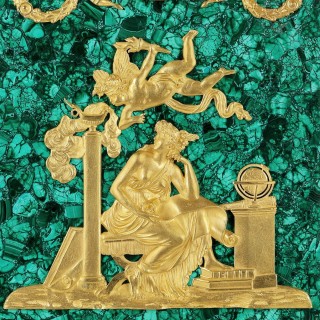 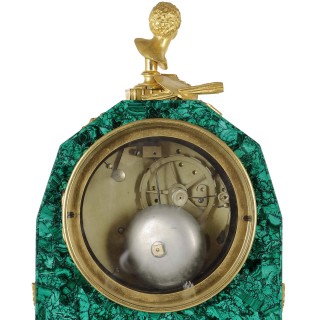 This fine mantel clock is an excellent example of Empire period design. The Empire period is defined by a profusion of Classical Greek and Roman motifs, often in combination with themes drawn from Egyptian art and architecture.

The present clock features a panoply of classical symbols, all wrought from gilt bronze and mounted onto the malachite clock case. The mounts include the caduceus, the snake entwined staff of Mercury; palmettes flanked by stylised swans, the swan being another staple of Empire period design; and symbols of learning, such as the large group beneath the clock dial with its seated figure surrounded by books and a globe, or the finial surmount with its classical bust amidst yet more books and other emblems of the arts.

The circular clock dial is set into the top of the case, its tooled gilt bronze surface inscribed with Roman numeral hour marks. The malachite veneer is a later addition.