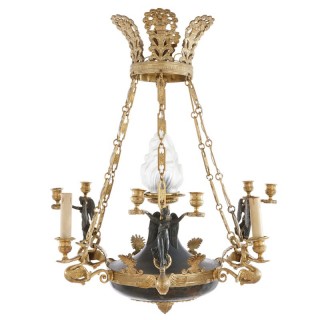 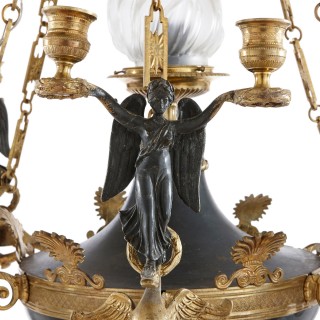 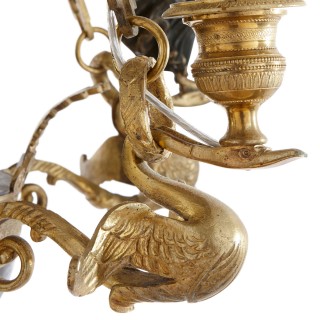 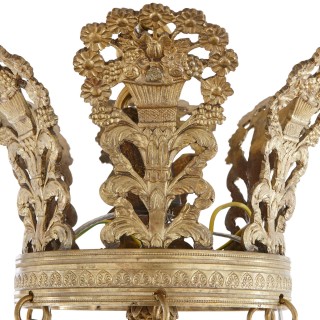 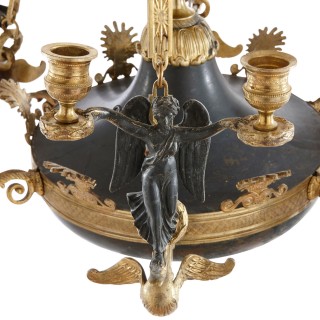 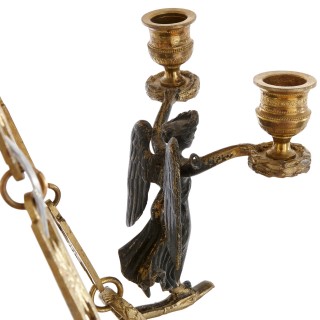 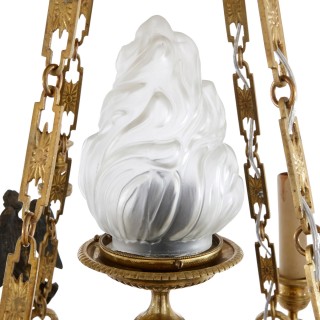 This beautiful bowl chandelier is designed in the Empire style, which flourished in France in the period 1804-14, when Napoleon Bonaparte was Emperor. The style is defined as a phase of Neoclassicism, characterised by its use of Imperial Roman and ancient Egyptian motifs.

The chandelier is crowned by a gilt bronze (ormolu) top canopy, which is decorated with foliate motifs, featuring scrolled foliage and flower baskets. A gilt bronze pinecone finial is mounted onto the underside of the canopy. Six gilt bronze chains extend down from the canopy to support the patinated bronze chandelier bowl. This bowl features a pointed top, which is surmounted by a gilt bronze light, covered by a frosted glass shade in the shape of a flame. The bowl is encircled by a gilt bronze band, decorated with free-standing stylised anthemions. This band is fitted with six gilt bronze arms, which take the form of swans with outstretched wings and arched necks. Three of these swans support gilt bronze candle-holders on their heads. The other three swans are topped by patinated bronze winged female figures, which carry gilt bronze candle-holders with laurel wreath bases. The underside of the bowl is mounted with a leafy gilt bronze drop finial.