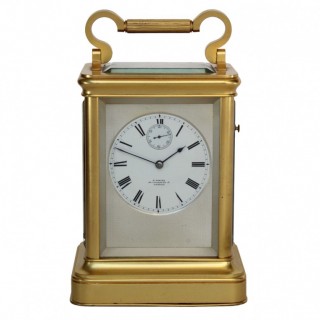 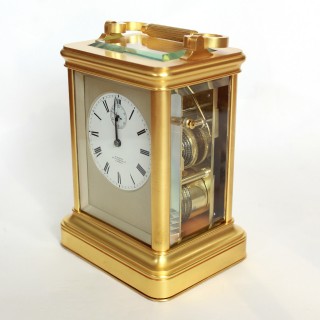 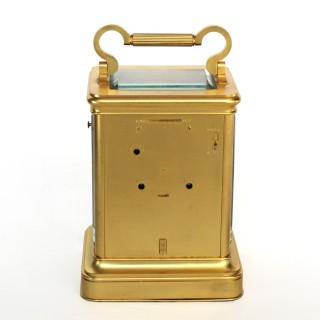 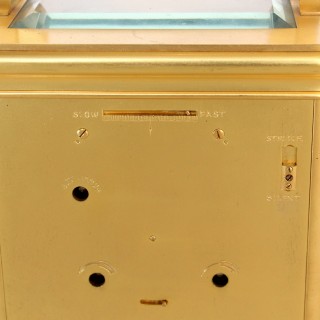 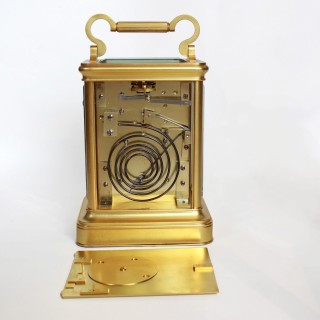 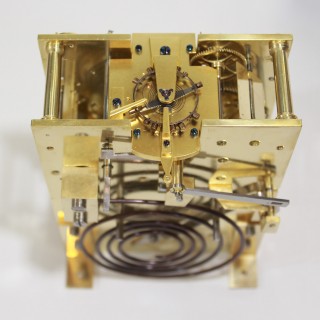 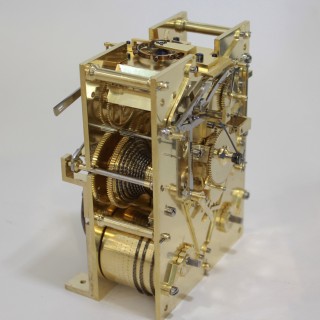 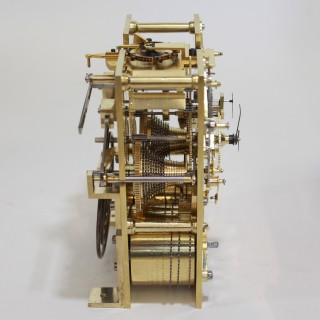 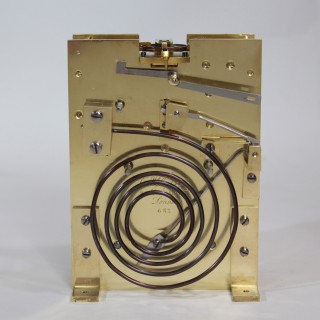 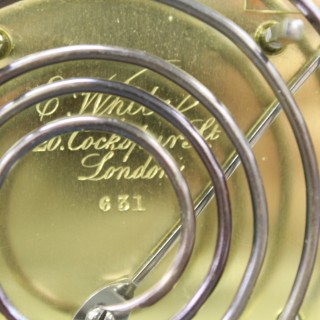 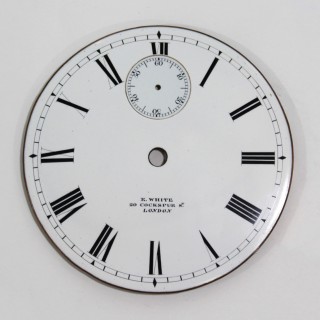 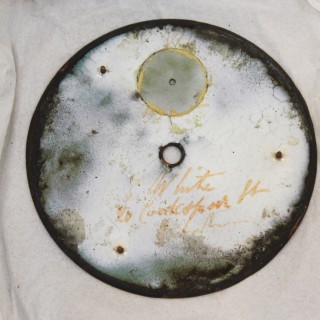 Dated c.1850, this magnificent example of an English fusee striking carriage clock is by E.White, a former employee of Dent. White is known to have made at least some of Dent’s carriage clocks which explains the remarkable similarities in both quality and styling. Even after he set up on his own, he is recorded as having continued making carriage clocks for Dent.

The backplate is signed E White, 20 Cockspur Street, London and numbered 631.  The rack striking twin chain fusee movement has thick plates united by five turned pillars, the going train with maintaining power. It strikes the hours and the passing of the half hour on a beautifully mellow blued steel coiled gong.

The platform of this clock is identical to number 635, described and illustrated in Derek Roberts’ Carriage and Other Travelling Clocks. The clock has an underslung lever escapement with split bi-metallic balance. It strikes and repeats, the repeat button through the glass to the right of the dial.

The tall case has a ribbed handle and stepped base, identical in style to many signed for Dent. The movement is protected by a shuttered back door, with apertures for a strike / silent lever, regulation slot, winding and hand setting.

White exhibited exceptional timepieces in the 1862 London International Exhibition, in Dublin 1865 and Paris 1867. In Dublin, he was awarded a prize medal for “great taste and excellence of workmanship.”

This is a fine example of White’s work, the case in excellent condition, the enamel dial perfect (unrestored) and the movement all original. The movement is photographed as it has arrived with us, but we will be overhauling it and it will be guaranteed for 3 years.