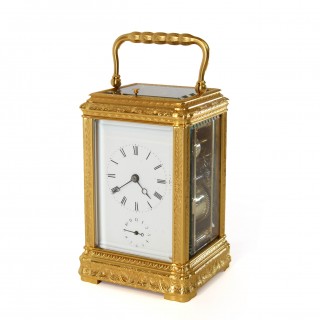 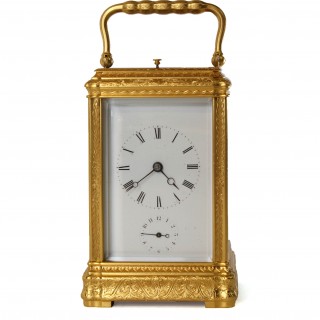 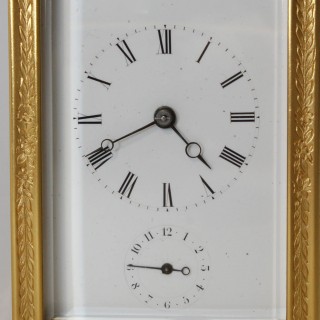 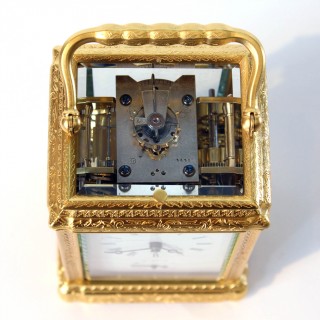 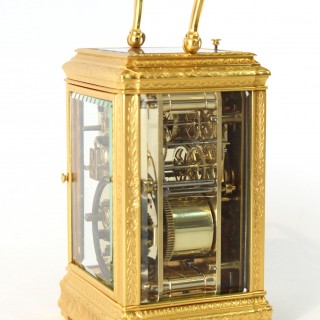 The regilded gorge style case is very well engraved all over. It has a large platform viewing glass in the top. All glasses are beveled and in excellent condition, without chips.

The eight day movement strikes on a gong, and depressing the button on the top of the case will repeat the last hour struck. The gong block is signed MV, and the movement is numbered to both plates and the base, 1292. The original silvered platform is also numbered 1292 to its underside and top; the top is additionally marked JS for Joseph Soldano.  The clock also has a alarm function which operates a separate hammer on the same gong.

This clock displays both of these prized characteristics. In addition, both the movement base and the base plate have sound frets to allow the gong to resonate.

The white enamel dial is in excellent original condition, the Roman time dial over the smaller Arabic alarm dial.