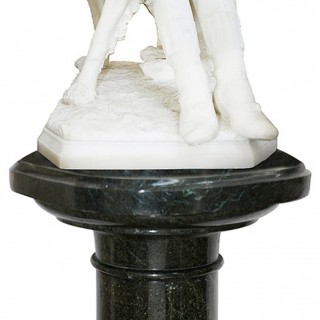 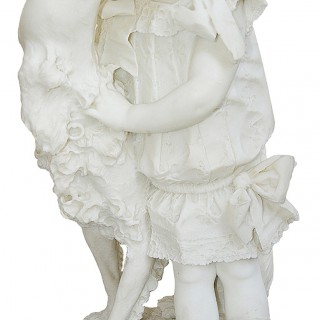 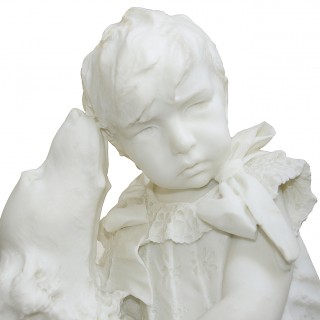 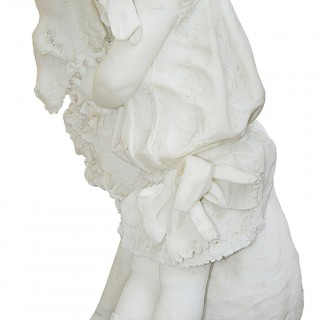 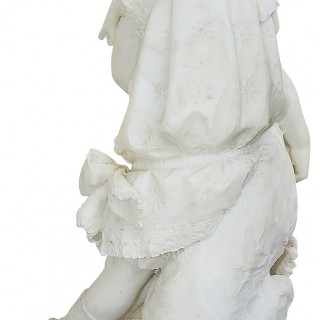 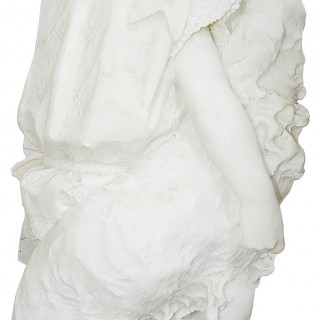 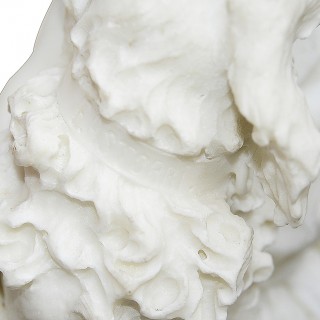 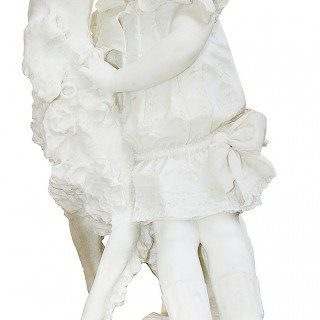 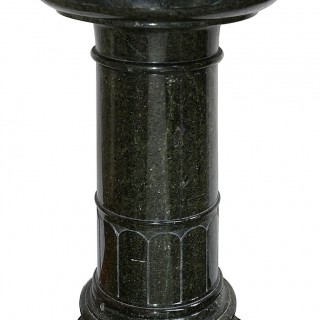 A fine quality 19th century marble statue of a young boy sitting with his dog, mounted on a Green marble pedestal. Measures: 174cm(68.5″) high
Signed; Enrico Astorri Italian, 1859-1921
Astorri turned his attention to Orientalist subject-matter in the late 1880s when he exhibited a bust of Schiavo (A Slave) in Bologna. This work, sold in these rooms on 12th June 2006, Lot 63, used a combination of polychrome marble and bronze. In 1892 Astorri followed up with a bust of Schiavo abissino and in 1900 his La filatrice araba won him the gold medal in both Paris (for the Exposition Universelle) and Munich the following year. As with the Schiavo and a marble bust of a young child in the present sale (see lot 108), Astorri’s Cleopatra delights in breaking the traditional confines of the base with an elaborately over-flowing tiger skin. The serpent which coils around her arm and joins to her breast also served as a conduit for the molten bronze when the sculpture was being cast. These aspects of his work show Astorri’s technical mastery and originality as a sculptor.

Astorri began his studies at the Istituto Gazzola di Piacenza, his native city, and continued at Parma and Genoa before finally establishing his own studio in Milan. Many of his works were formal statues and portraits such as his Garibaldi in Piacenza and busts of Nicholas I and the Tsarina in Russia. He is the author of a number of monuments in the Cimitero Monumentale, Milan and the Staglieno, Genoa. The fullest account of Astorri’s activity as a sculptor is by Vicario.