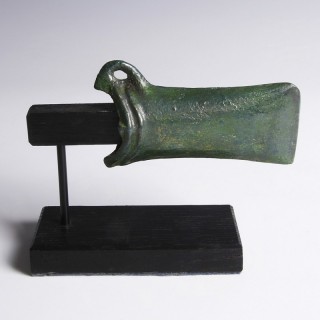 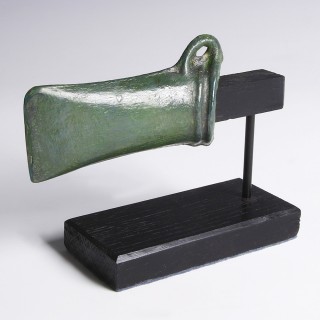 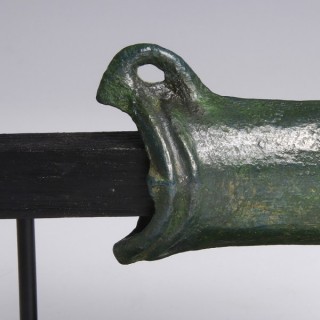 A European Bronze Age socketed axe head featuring a corded band around the socket, side loop, and beautiful patination all over. The casting seam is visible above and below where the two halves have been joined.

Excellent condition, some earthenware in the interior of the socket.