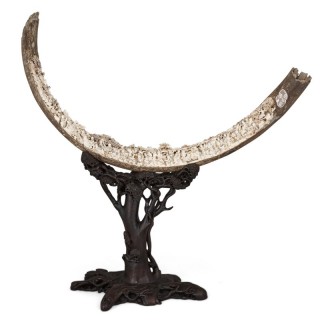 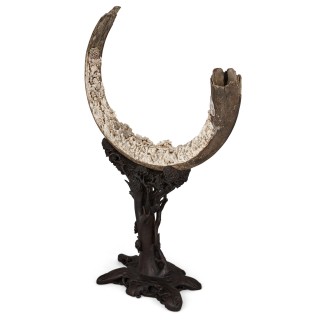 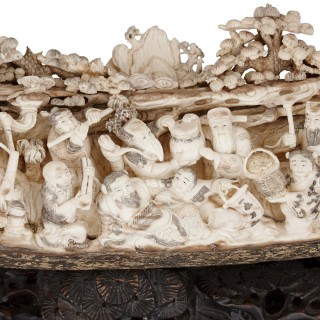 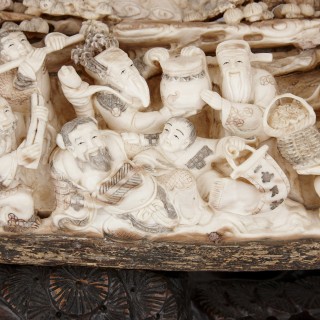 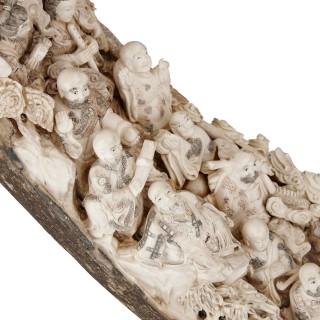 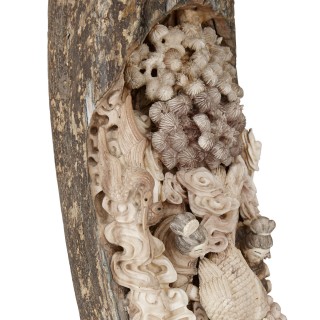 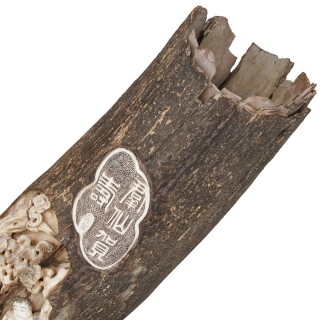 This intricate carving is crafted in a traditional Chinese manner from an ancient 10,000 to 20,000 year old male woolly mammoth tusk. Probably discovered in Siberia, this large tusk was then carved in China in the early 20th Century. The carvings are exceptionally fine and detailed, depicting an impressive array of approximately fifty figures, as well as animals, birds, foliage and trees.

The tusk is signed in Chinese to the right side and is held up by a hardwood stand, carved in the shape of a tree.