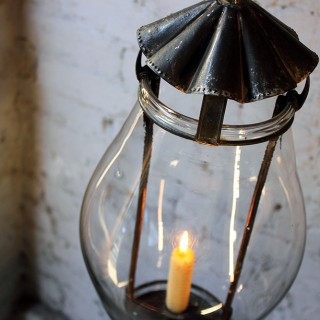 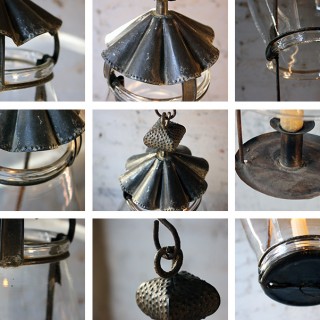 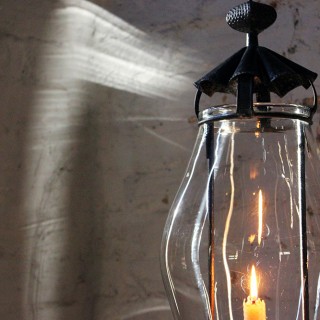 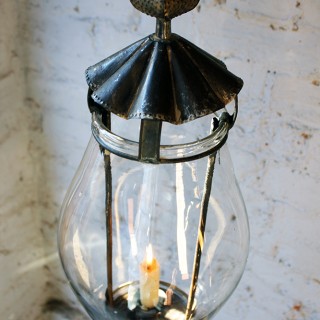 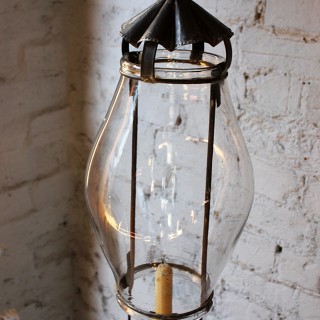 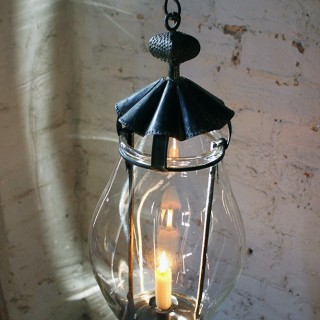 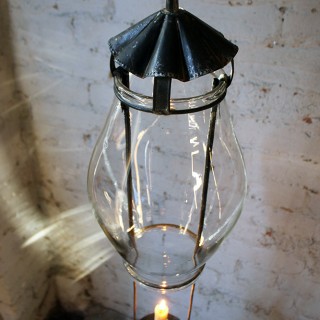 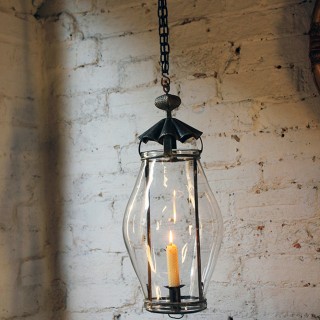 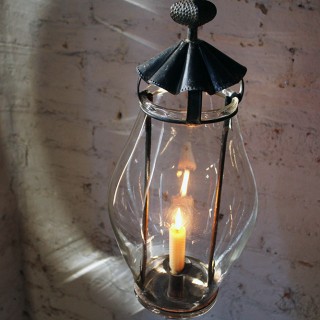 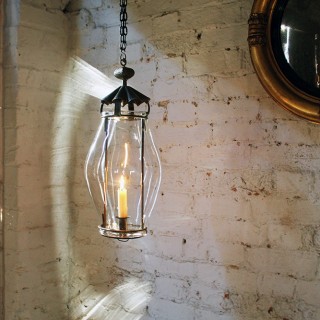 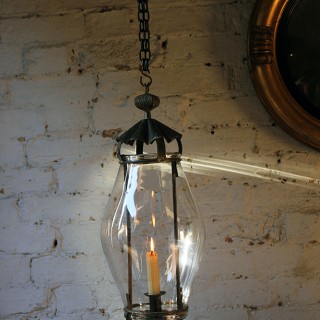 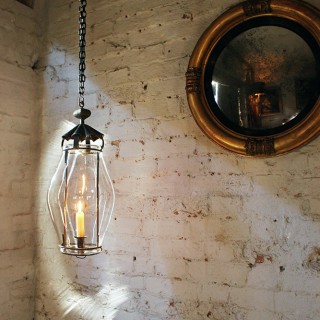 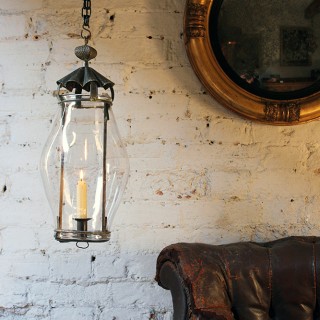 The hand blown-glass and white metal-mounted lantern having a pagoda type canopied top with pitted shaped finial and hanging loop over a baluster-shaped body fitted with a retractable rod base carrying a candle-socket, the whole probably being of Anglo-Chinese origin, surviving in scintillatingly original condition from the George III period.

Experiments in Europe and America, after 1750, helped to improve the lamp, and when whale oil became plentiful in the early 1800’s, lamps became as common as candles which is when this example would have been superseded. The clear Chinese influence on this lantern is seen in the beautiful fluid shaped canopied top and the shape and decoration to the finial.

An elegant and rare survivor in splendid original condition; a real gem.

The lantern is in good, working condition. The whole has a good aged patination to the surface of both the glass and the pressed metal with the finish worn more heavily in some places than others. There are some imperfections in the glass with some air bubbles in places, just another sign of the originality of the piece. All of the components are original.