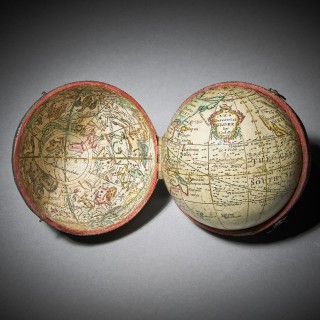 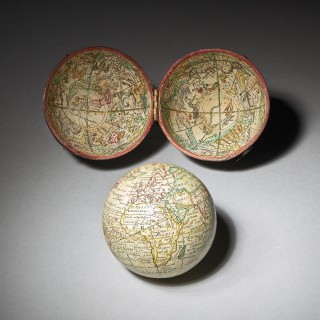 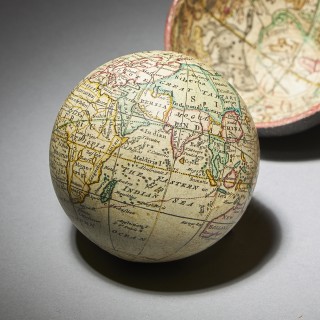 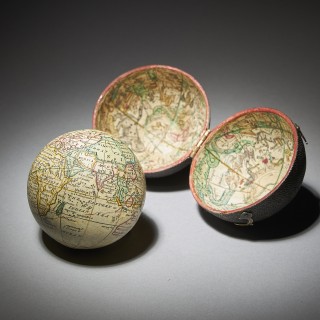 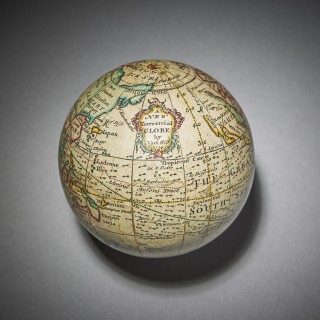 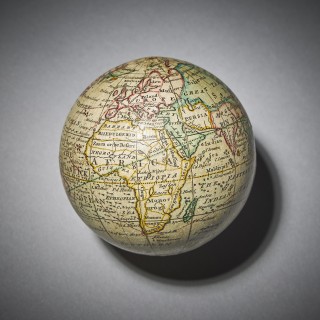 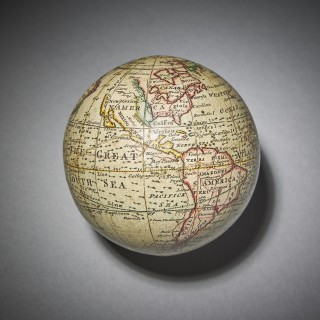 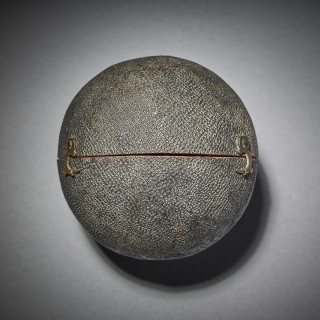 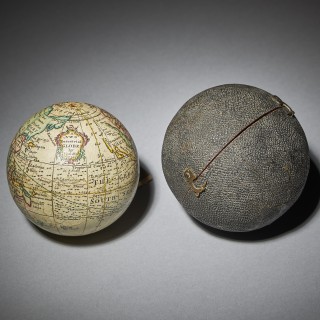 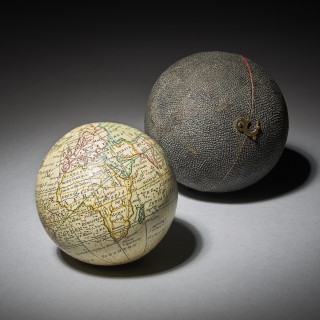 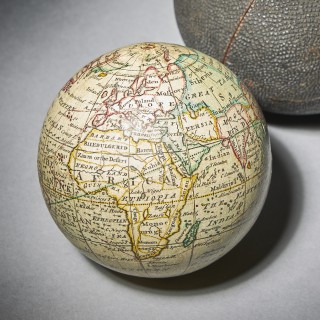 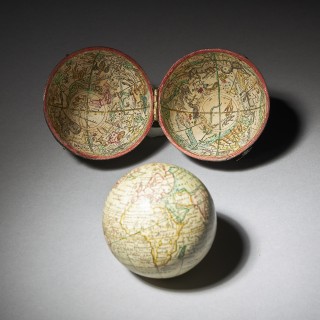 This beautiful example of an early pocket globe retains all of its original color and varnish to the engraved hand-colored paper gores. On the globe is marked a numbered and graduated equator with a graduated ecliptic line also drawn. The Tropics of Cancer and Capricorn are also shown. Pocket globes were extremely popular from the early 18th century to the mid-19th century; it demonstrated both the intellectual veracity and great wealth of its holder.

The countries and territories shown demonstrate the rapidly evolving European knowledge of the world thanks to famous voyages of discovery. Countries such as Australia (shown as ‘New Holland’) and North America are only partially mapped. The Tradewinds, as well as monsoons, are also shown.

The globe is contained within its original fish skin case, which opens to reveal applied engraved hand-colored celestial charts of the Northern and Southern Skies on each half. The celestial charts are richly colored in greens, pinks, reds, yellows and orange. The case is hinged and is closed with two brass hook and eye catches. The outer rim of the case is painted red.

The maker, Nathaniel Hill, was known to have been active between 1746 and 1768 with a shop at the Globe and the Sun in Chancery Lane. He was a surveyor, mathematician and instrument maker who was apprenticed to Richard Cushee before producing his own globes of fantastic quality. A trade card from the time advertises globes of 3, 9, 12 and 15 inches.