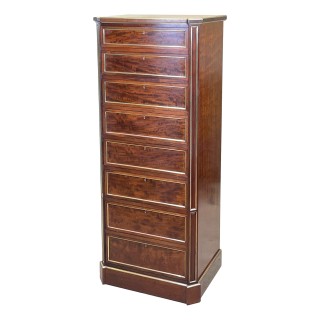 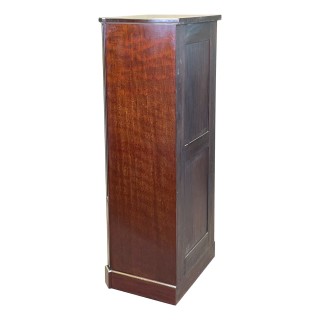 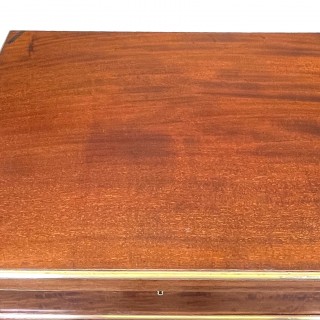 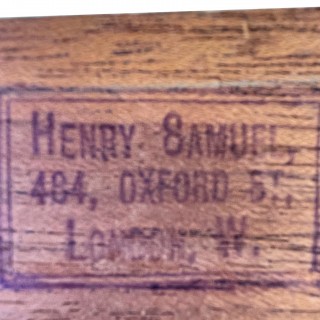 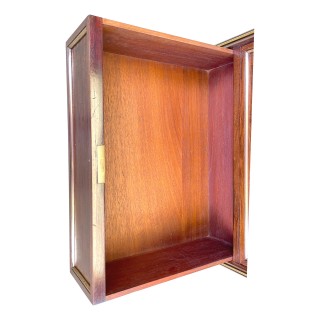 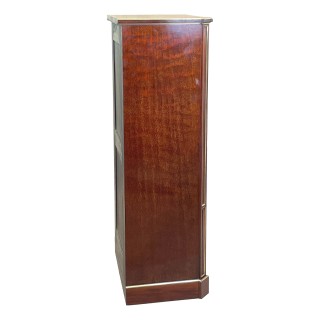 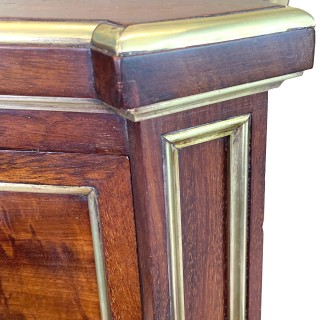 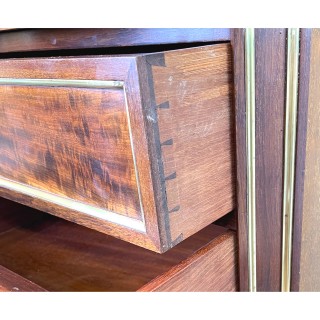 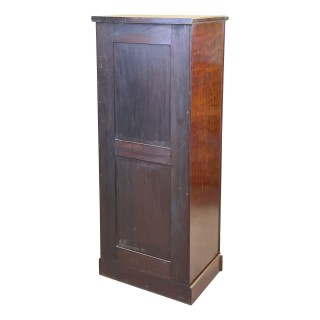 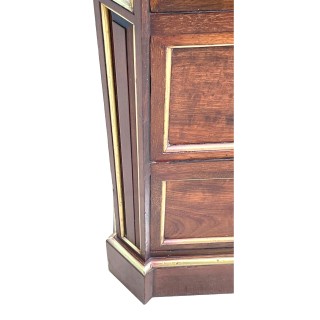 (This fabulous quality chest is beautifully constructed using
the highest grade of timber which would have been available
at the time. Every last detail has been meticulously produced
which is evidenced by the solid mahogany drawer linings, a
most unusual feature to find on anything produced anywhere
other than the very best workshops of the time.

In terms of proportions the piece is similar to the more typically
found English Wellington Chest, and that makes it extremely useful
for a variety of different spaces adding a slightly different level
and context to any room which it is placed in.

Certainly this piece has a wow factor and is a great example of
just how high quality some of the furniture being produced in
France around the middle of the 19th century was.

The retailers label is for Henry Samuel, who is a well known
late 19th century London furniture dealer with a real eye
for quality and elegance in all of the objects which he
offered for sale)