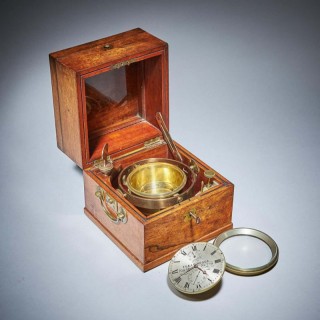 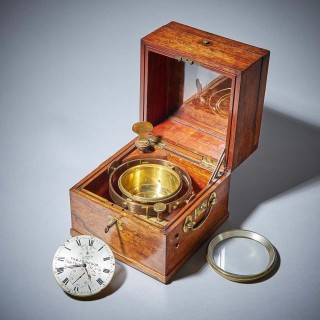 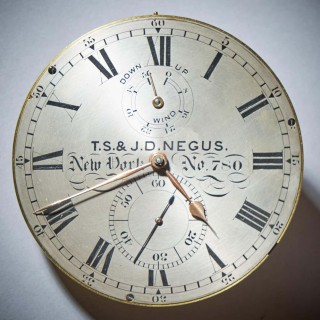 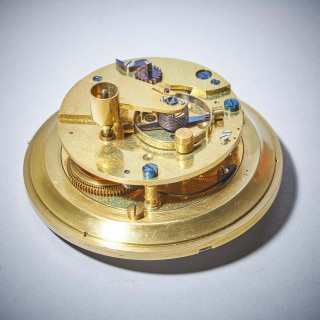 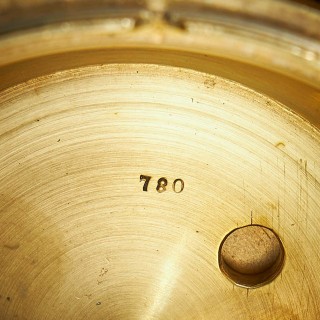 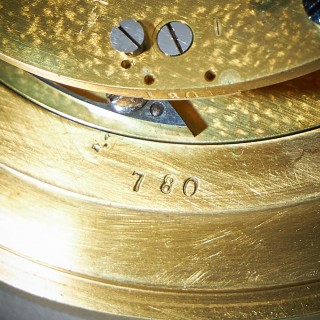 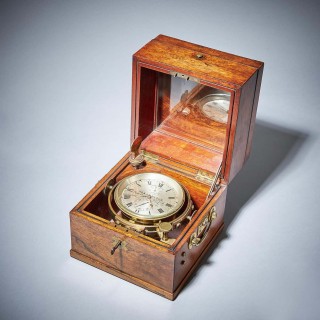 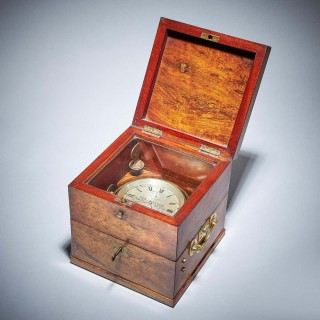 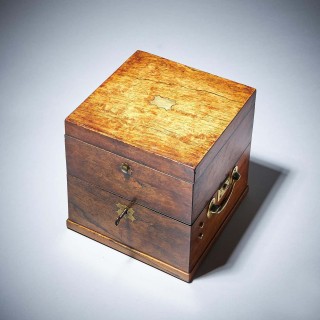 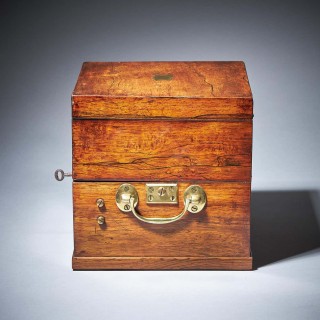 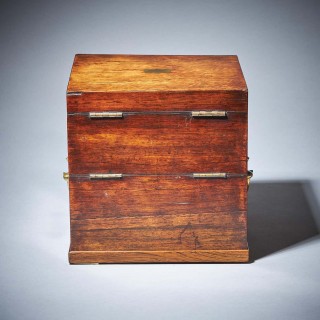 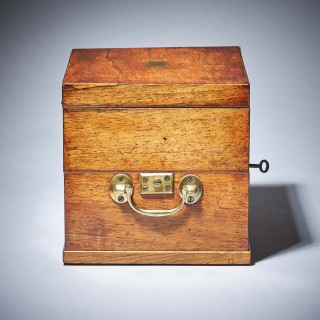 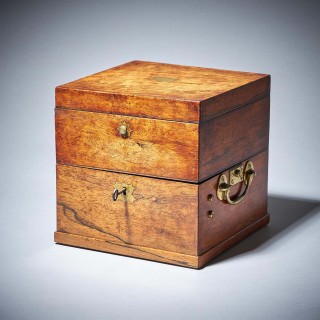 A classic beautifully produced mid-19th century American chronometer in a three-tier rosewood case, made c. 1850-60. The typically constructed case consists of a lower and glazed upper part, as well as an observation lid. The lower part has two drop handles to the sides, while the front has a lock and key with an inlaid brass escutcheon. In the front of the upper part, there is a brass button to lock the observation lid. The movement is situated in a gimballed brass bowl, which can be secured for transport purposes by a turnable handle in the bottom right corner of the case. The 4” silvered dial is protected by a flat bevelled glass set in a bezel, screwed to the bowl.

The makers have signed and numbered the chronometer on the silvered dial in the following manner:
T. S & J. D NEGUS
NEW YORK No. 780

The time is indicated by a fine pair of gilt brass hands on the silvered dial with a Roman chaptering, Arabic five-minute and minute divisions

The seconds are indicated by a blued-steel hand on a separate chapter ring below the middle with Arabic ten-second, five-second and second divisions. Below the XII is an up-and-down dial 0 – 56 (hours).

The two-day duration movement is constructed between two circular plates and is driven by a spring in a spring barrel via a chain fusee. It has a so-called Earnshaw spring detent escapement with a compensated balance and helical spring. The chronometer is wound by a special key with a ratchet to prevent winding the clock in the wrong direction. The key can be stored in a hole in the left top corner of the case. The winding hole is covered by a sprung shutter.

The makers:
T.S. and J.D. Negus were British immigrants. In 1848 Thomas Steward Negus and his brother John Davidson Negus founded the firm of T.S. & J.D. Negus, which manufactured and sold maritime chronometers and nautical instruments at 140 Water Street, New York City near the East River. The firm made chronometers for the United States Navy as well as shipmasters and yachtsmen. Their instruments were among the best manufactured in the country. The firm traded as T. S. Negus & Co. in 1864 and as T.S. & J.D. Negus in 1869. The firm was described as “probably the most prolific American Chronometer manufacturer” up through the first quarter of the 20th century. From 1886 to 1887, in competitive trials of chronometers at the United States Naval Observatory, located in Washington, D. C., their chronometers passed first place in a list of 45 chronometers submitted for testing. Sea captains came to the shop to purchase and have their chronometers tested, rated and certified.

Good
Wear consistent with age and use. Fantastic condition throughout, in perfect order