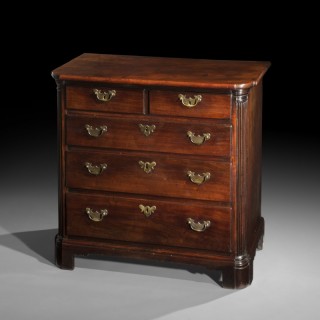 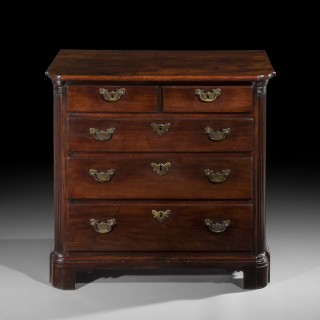 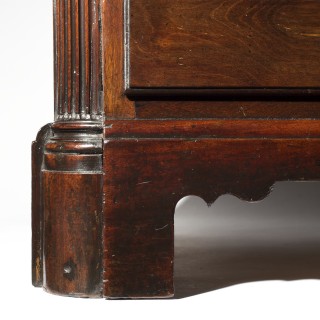 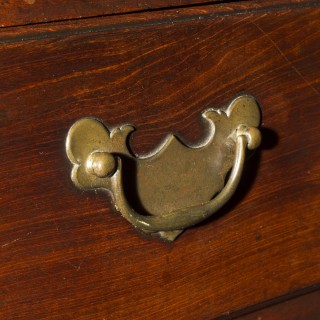 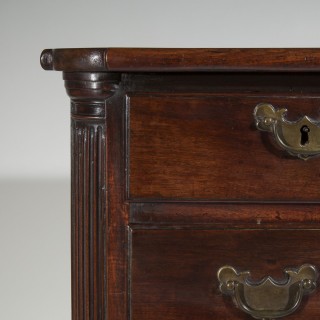 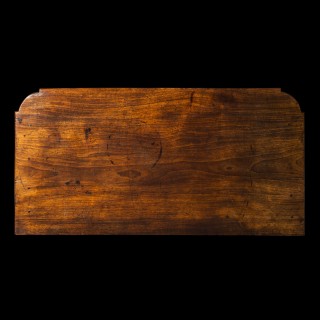 Attributed to David Wright of Lancaster, circa 1740

This handsome architectural chest of drawers of pleasing petite proportions is designed in the antique Roman manner derived from Sebastiano Serlio’s 16th Century treatise on architecture, and made fashionable by Richard Boyle, 3rd Earl of Burlington and 4th Earl of Cork (d.1753), who served as George II’s Lord Lieutenant and Treasurer of Ireland. Much of the architectural furniture for Lord Burlington was designed by one of Britain’s most prominent architects of the first half of the 18th century, William Kent, who was the first to introduce ‘interior architecture’, which would unite architectural features of a house, its interiors decoration and furniture under a uniform style. This chest’s classical proportions and antique fluted quarter-column corner pilasters suggest that it might have been designed by an architect for a specific place in a specific interior.

The corners are carved with antique-fluted pilasters, most unusually, running from top to bottom of the chest.