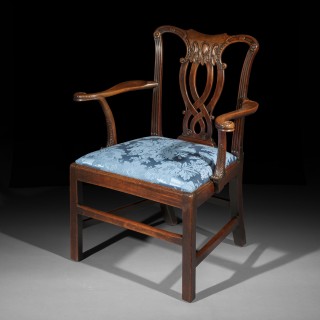 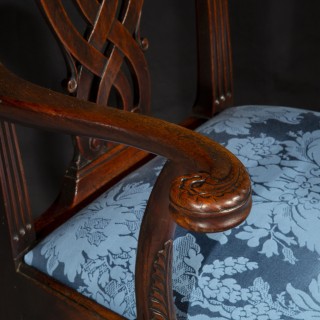 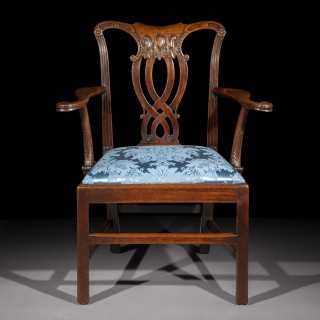 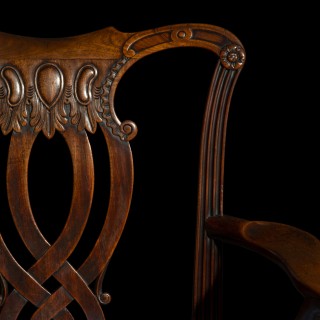 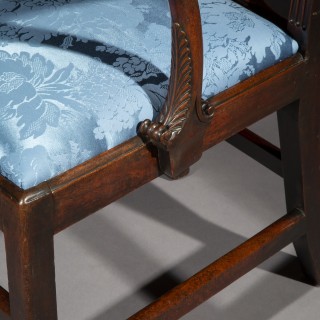 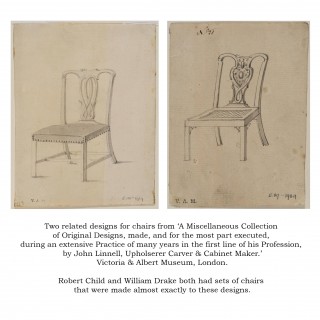 Why we like it
A splendid example of a quintessential Chippendale period English chair. Great colour and patination, wonderfully intricate design and superb quality of carving.

The design of this parlour chair can be firmly attributed to the Berkeley Square cabinet-maker John Linnell (d. 1796), the author of A New Book of Ornaments (1760). Linnell’s similar design surviving at the Victoria and Albert Museum relates to chairs he supplied around 1760–67 to Robert Child for Upton House, Oxfordshire, and also to William Drake for Shardeloes, Buckinghamshire. A set of chairs with virtually identical backs was sold Christie’s New York, 18 October 2001, lot 32.