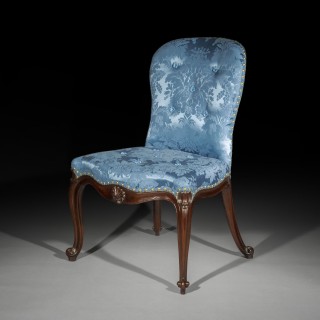 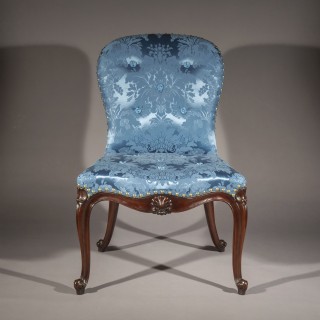 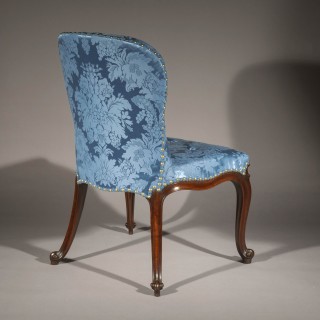 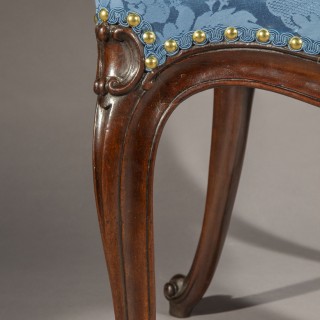 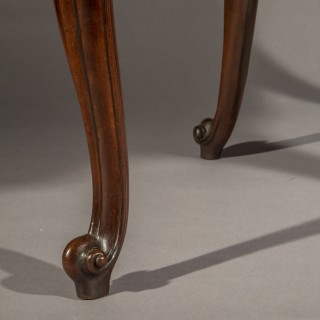 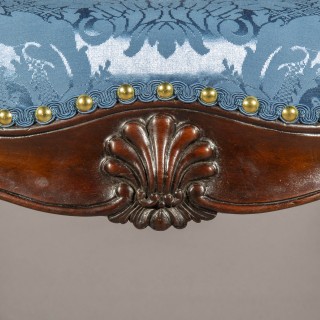 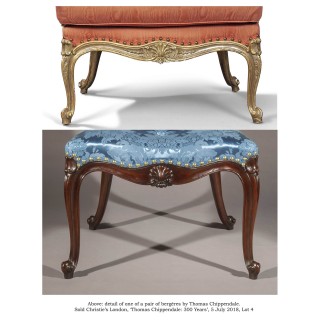 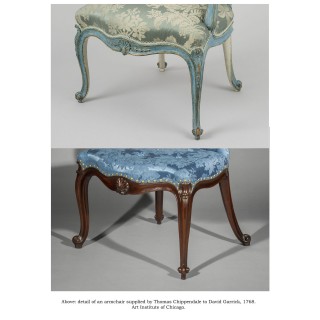 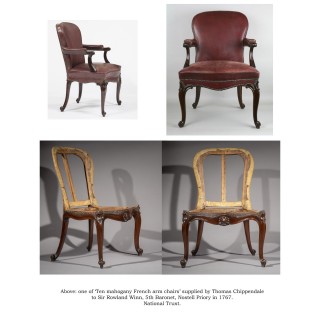 A superb George III period mahogany side chair, in the manner of Thomas Chippendale.
Circa 1765.

Emblematic of Chippendale’s oeuvre, this chair is superbly well drawn, with its bold curves and grand scale.

The chair shares similarities with other examples supplied by Thomas Chippendale. Among those are a set of ‘Ten mahogany arm chairs’ supplied to Sir Rowland Wynn, 5th Baronet, at Nostell Priory in 1767; a suite of seat furniture supplied to David Garrick in circa 1767 (a closely related open armchair is now at the Art Institute of Chicago); and a pair of bergere armchairs sold Christie’s London, ‘Thomas Chippendale: 300 Years’, 5 July 2018, lot 4. Another closely related open armchair was sold Christie’s London, 3 November 2011, lot 6. While there are no known documented examples of this particular model and no design for it as such in Chippendale’s ‘Director’, the stylistic similarities link it closely to his workshop’s oeuvre. It is known that Chippendale often worked on larger commissions with other cabinetmakers, such as Wright and Elwick, who supplied a number of pieces to Sir Rowland Wynn at Nostell Priory under the guidance of Thomas Chippendale. Similarly, Alexander Peter of Edinburgh is known to have worked under Chippendale’s direction for Lord Dumfries at Dumfries House, Scotland.

in the manner of thomas chippendale