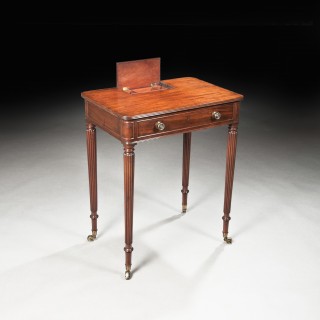 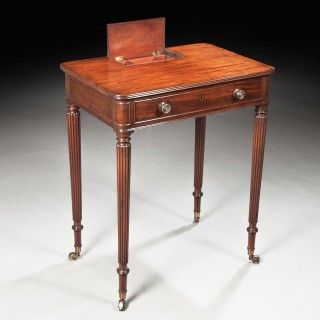 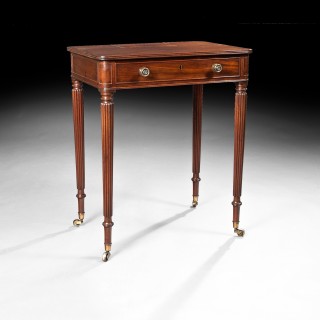 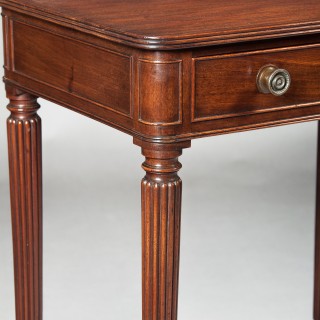 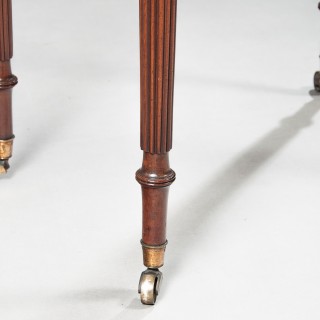 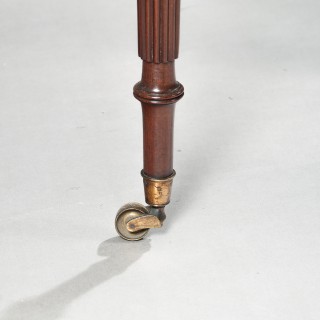 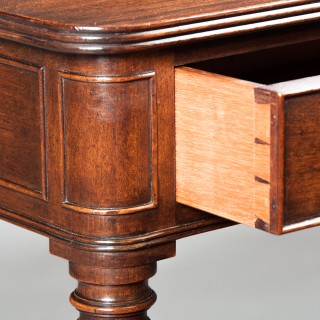 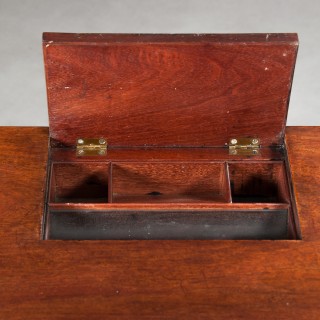 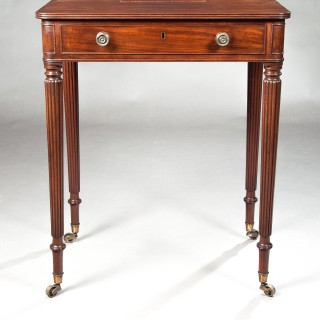 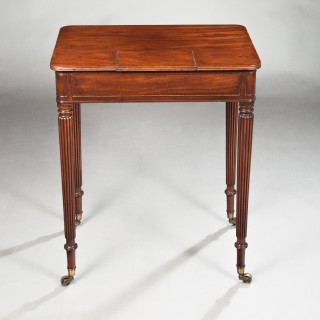 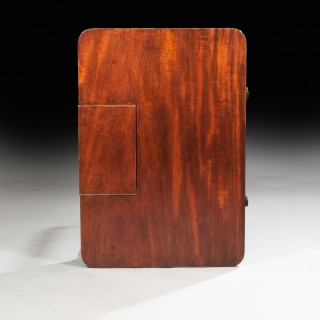 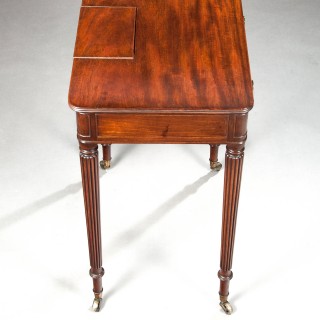 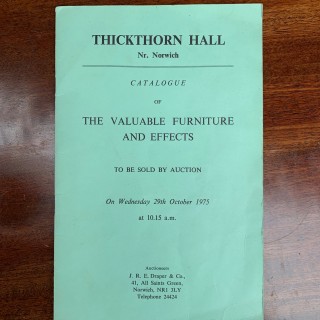 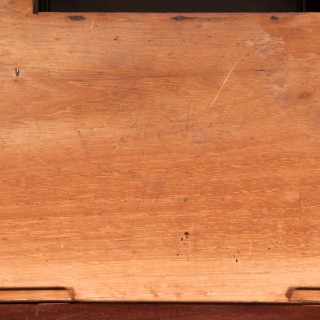 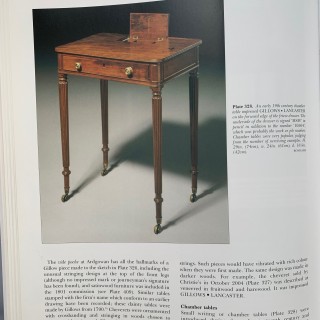 Of extremely elegant proportions measuring just 2ft wide, having a rounded well figured mahogany rectangular top with a reeded edge. Inset to the rear is a rectangular flap which raises to reveal a fitted writing compartment with ink wells and pen holder, (this being an iconic design of Gillows). Below which the panelled frieze containing a fine cockbeaded drawer with brass knob handles and panelling to the tops of the legs. Raised on four slender ring turned reeded legs of exceptional quality retaining their original patina and gilt castors.

Being finished to all sides enables this chamber table to stand freely within the room.

In excellent original condition with a superb colour and patina with the top having been wax polished, this iconic writing table bears the same tradesman initials ‘HSW’ and job number ‘10504’ to the underside of the drawer as the chamber table illustrated in Susan E Stuarts Gillows Book, vol 1. P300. It is identical in every aspect possibly being its pair.
Excellent provenance being Ex Thickhorn Hall, Norfolk and still retaining the original dispersement sale catalogue dated 1975.

These diminutive Gillows Chamber tables are extremely rare and hard to source with this being a true collectors piece and worthy of any collection.

Gillows of Lancaster were one of the most celebrated of all English furniture makers, established in the early 18th century their pieces are very desirable and extremely sought after.

Thickthorn has a very interesting history which has been well documented over the years. It was originally a key settlement in Hethersett which housed a medieval moated hall named after Alan de Thickelthorn in 1240. Although very little is known about this hall it can be seen on a 1799 map which indicates roughly where it was situated. This hall was eventually replaced by the current Georgian Mansion in 1812 which was built by William Clarke of Kettering. The finance was provided by William Creasey Owen of Cringleford.
Since then the mansion has had numerous local owners over the last two centuries including well known chocolate and mustard makers. Some of the notable owners include Richard Hanbury Gurney in 1822 who was a Norwich baker and Alan Rees Colman in 1930 who was a Norwich magistrate.