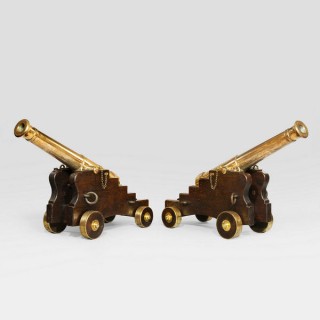 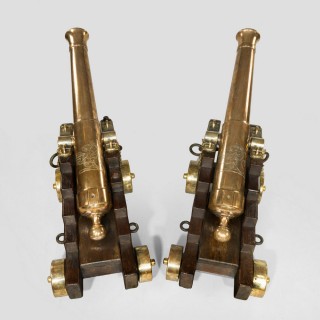 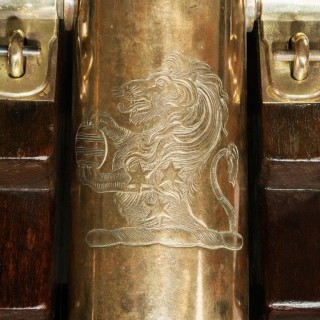 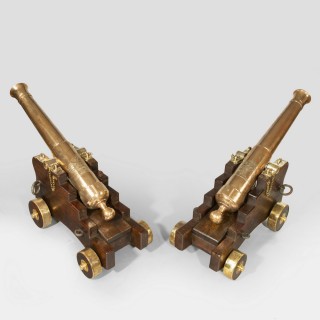 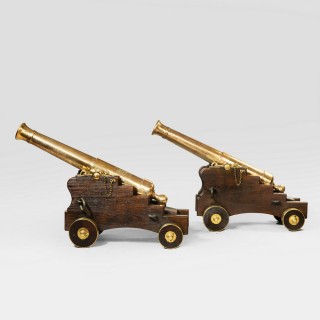 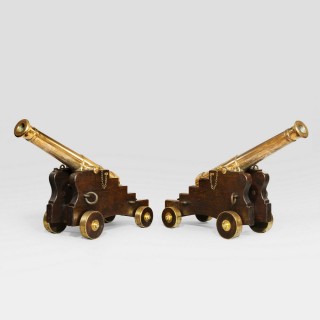 John Towlerton Leather (1804-1885) was an eminent Victorian Civil Engineer whose company was heavily involved in the construction of the railway network throughout the North and Midlands of England.

His most important contract however, was with the War Office and throughout the 1860’s and 1870’s constructed the Solent forts at Spitbank, St Helens and Gilkicker as well as the huge expansion of the Portsmouth Navy dockyard which was completed just before his retirement in 1877. He was High Sherrif of Northumberland and died at Middleton Hall in 1885.

John Towlerton Leather purchased Middleton Hall estate in 1857 and set about purchasing the surrounding land and extending the Hall. The cannon formed part of his collection and remained in the house until the last resident member of the Leather family left in the 1960’s when they were sold in the dispersal sale to a local private collector before being purchased by Anderson Wallrock nautical.