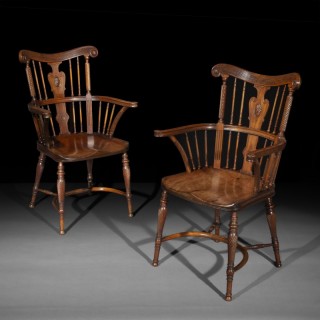 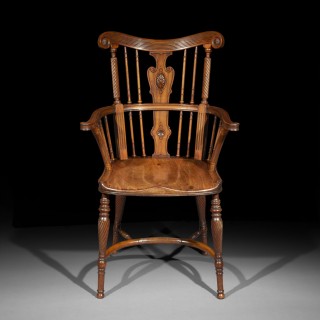 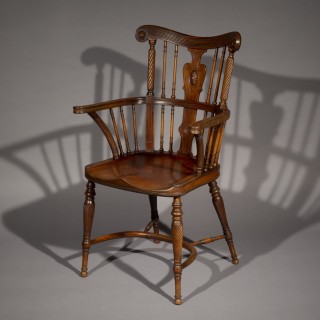 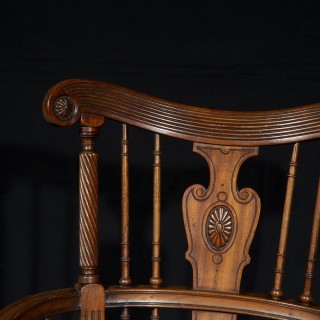 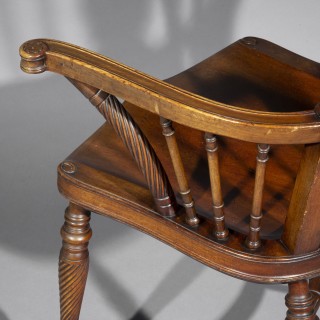 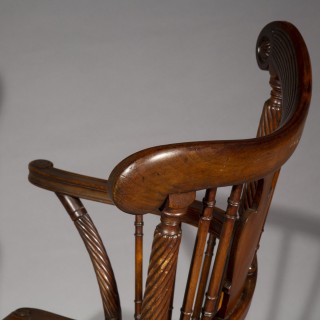 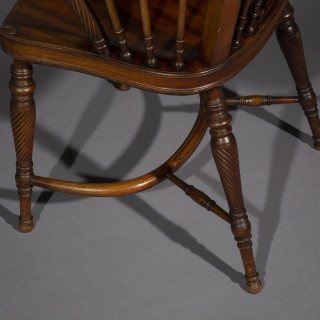 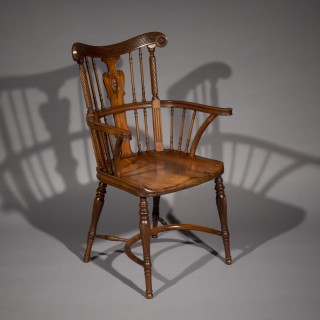 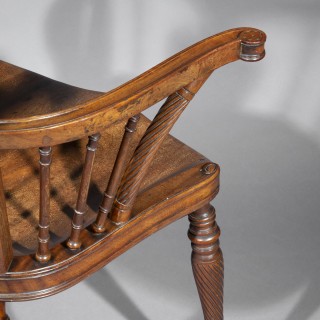 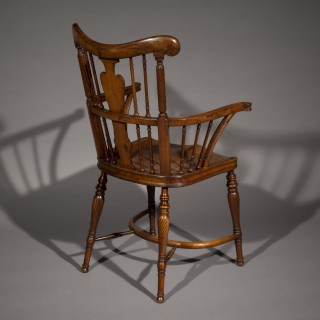 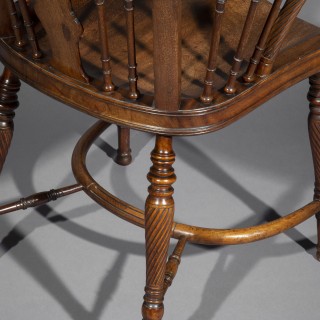 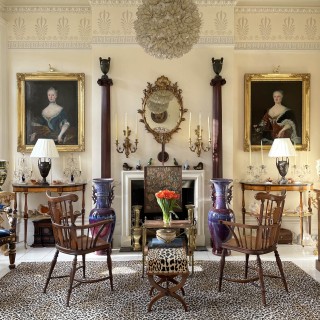 An extremely rare and superbly elegant pair of Arts & Crafts era Windsor armchairs of the finest quality, unusually made in mahogany, attributed to William Birch of High Wycombe.
English, circa 1860s

The most unusual design of these fine Windsor armchairs reflects the late 19th century taste for Grecian ornament with the top-rail imitating an Ionic capital surmounting the antique vase-shaped splat, an example of the Neoclassicism spreading to vernacular furniture.

William Birch established his chairmaking business in High Wycombe in the 1840s, and by 1895 additional premises had been established in Euston Road, London, with workshops in nearby Denmark Street. The firm were pioneers in creating high class Windsor chairs, using imported rather than native timbers and employing leading designers. They supplied furniture for leading London stores including Liberty. From the Liberty archive at Westminster and a collection of notes and sketches by Barbara Morris, several chairs made by William Birch are identifiable.