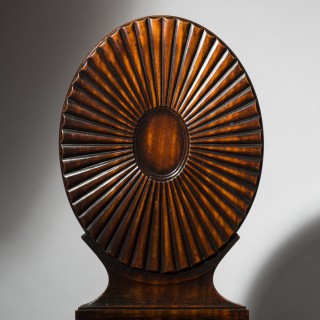 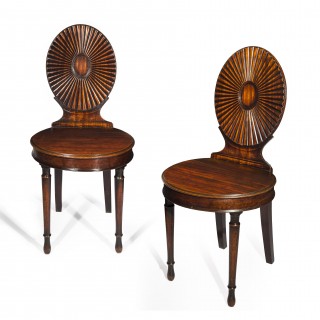 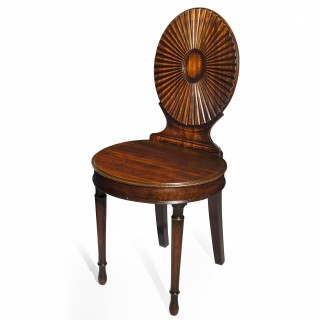 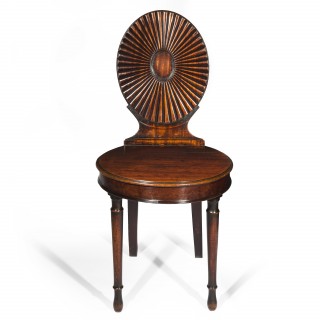 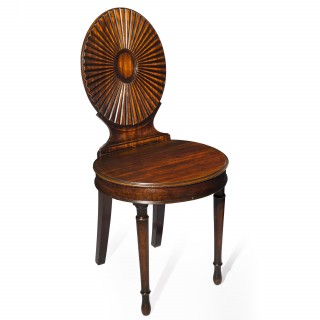 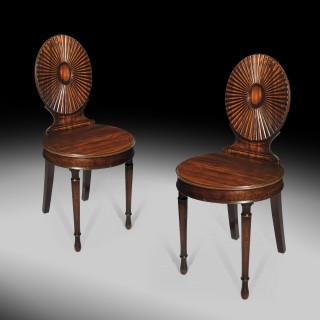 Fine Pair of George III Neoclassical Hall Chairs, in the Manner of Mayhew and Ince

A very fine pair of George III Mahogany Hall Chairs, of a rare shape and desirable large proportion, in the manner of Mayhew and Ince.

A rare pair of fine English George III Sheraton period mahogany hall chairs, of generous proportions, each having an oval reeded medallion back centred by a roundel, above a solid compass seat with moulded seat-rail, raised on turned tapering fore legs, terminating in bulb feet, and sabre rear supports. With their distinctive medallion-shaped reeded backs, the present hall chairs are designed in the George III ‘Roman’ fashion, introduced in the late 1770’s. This design is found on a set of armorial chairs dating from the 1770’s and attributed to the leading London firm of Mayhew and Ince, sold Christie’s, 21 June 2004, lot 54.

Fine Pair of George III Neoclassical Hall Chairs, in the Manner of Mayhew and Ince