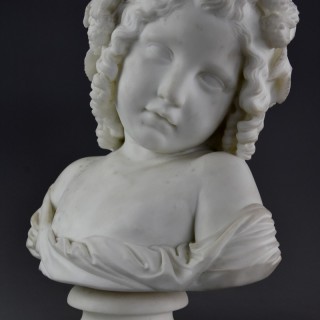 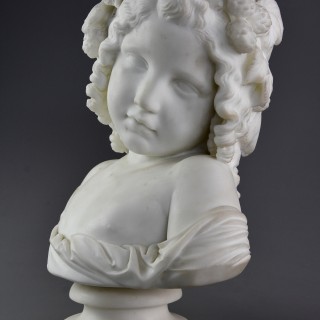 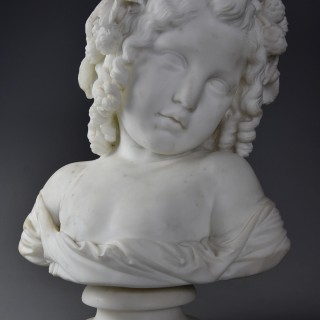 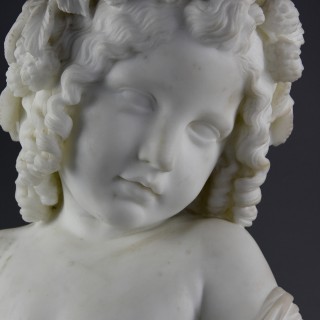 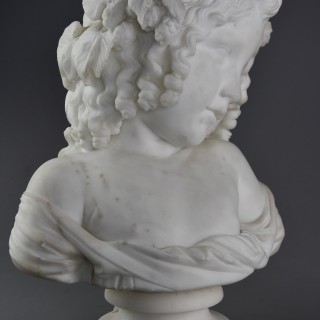 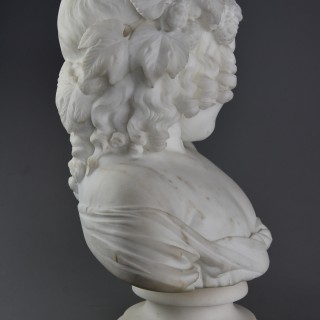 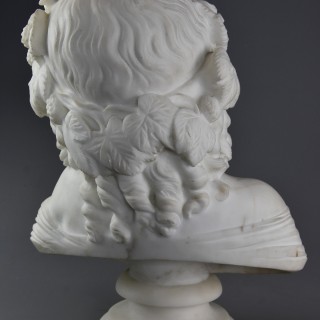 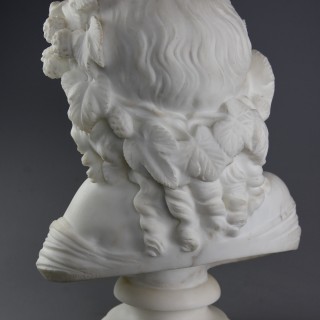 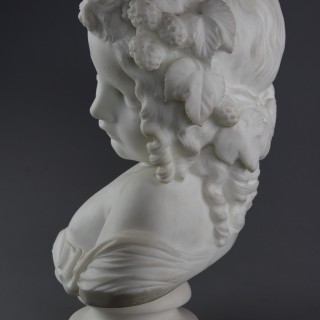 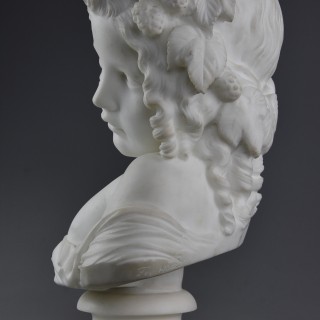 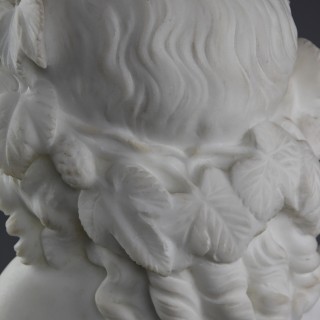 This marble bust consisting of a young girl with her head to the side with leaves and flowers in her hair, signed ‘Houdon’ to rear shoulder, supported on a circular base.

Jean-Antoine Houdon was a French Neoclassical portrait sculptor born in Versailles in 1741 and died in Paris in 1828, famous for realistic contemporary cultural and political figures of the French Enlightenment.

He spent around 10 years in Italy winning the Prie de Rome in 1761 and was influenced by Classical masters such as Michelangelo often working directly from life or casting the model’s face.

He returned to Paris and submitted ‘Morpheus’ to the Salon of 1771 and subsequently produced many portrait busts including one for the Palace of Versailles.

He was also invited to USA by Benjamin Franklin in 1785 for Washington to sit for him, thereafter producing various sculptures and busts of the President.

This marble bust is in very good original condition for age and can go straight into a home.