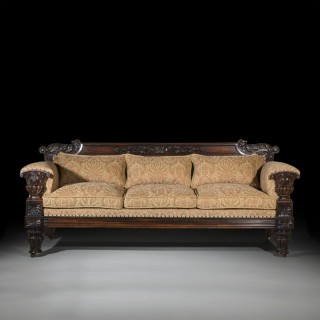 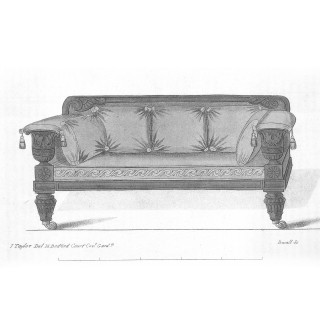 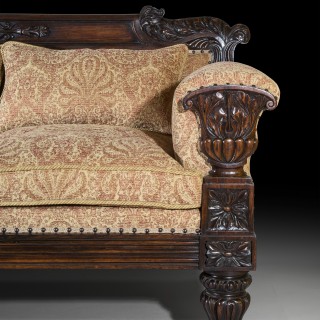 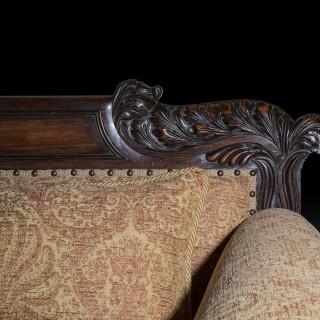 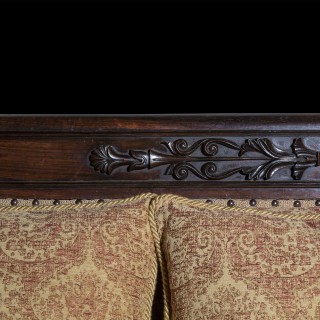 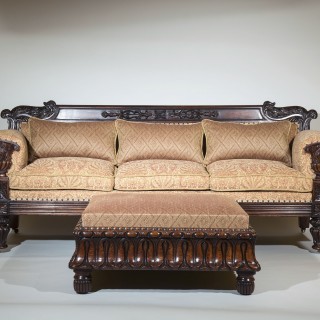 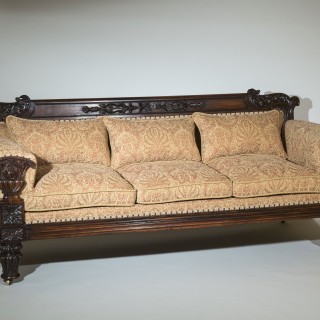 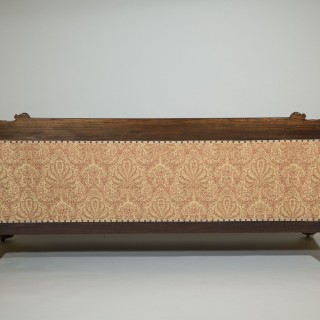 A very fine Regency period carved rosewood sofa in the Grecian taste, after a design by John Taylor, possibly executed by Gillows of Lancaster.

The panelled toprail centered with floral and foliate trailing carving and flanked by acanthus-wrapped carved scroll ends, above the reeded Grecian urn-shaped padded arm-supports, over a moulded seat-rail, and raised on turned, egg-and-dart moulded and lotus-wrapped tapering feet, raised on brass castors.

The sofa is embellished in the George IV ‘antique manner’, with reeds gadrooning, the stump feet and ‘Grecian urn’ arms; and the latter are wrapped like the cresting, with palm-flowered acanthus and stand on panelled plinths. The finest quality of carving relates to the oeuvre of the celebrated Gillows firm, who might well be credited for the execution of this elegant sofa for a discerning patron.