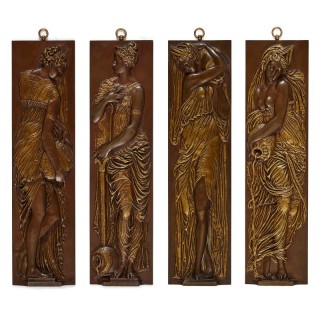 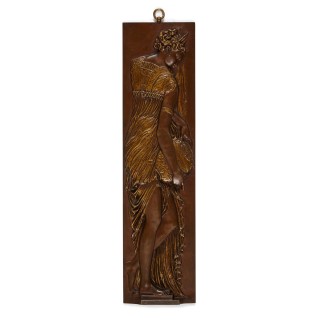 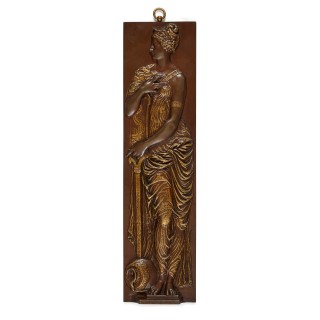 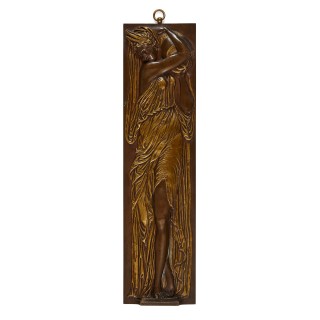 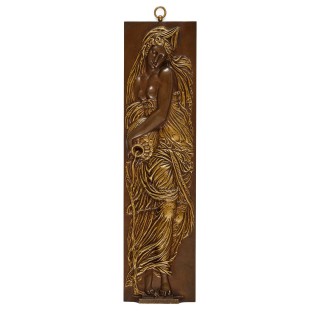 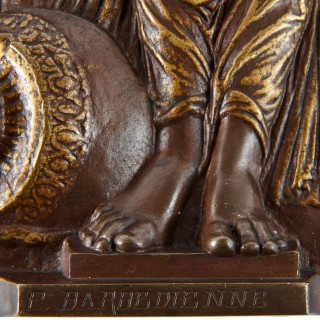 Finely cast in relief from patinated bronze with parcel gilt patina, these French 19th Century panels each depict a Classical female water-nymph. The relief structure and design is after four panels from the important marble fountain from the Renaissance period in Paris called the Fontaine des Innocents. This was created by the French sculptor Jean Goujon in 1550 and is currently situated in Les Halles in Paris. The four resembling panels were removed from the fountain in 1810, after the waterworks in Paris were improved and the added pressure posed a risk to the panels at the base. They have been in the Louvre museum since 1824.

The plaques are each numbered and signed to the lower section F. Barbedienne for Ferdinand Barbedienne (French, 1810-1892).