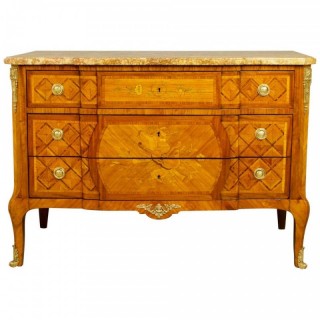 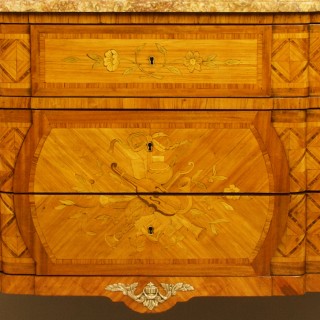 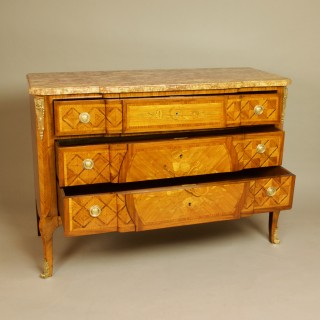 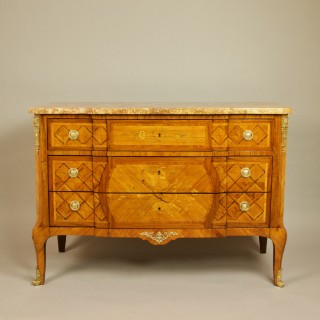 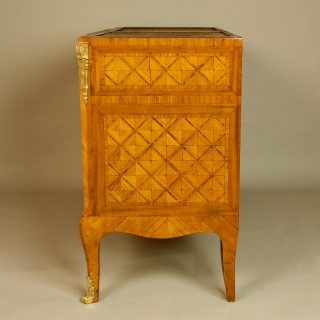 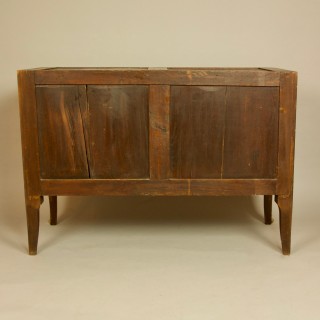 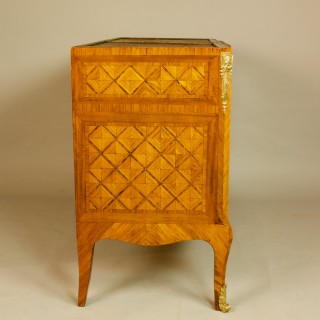 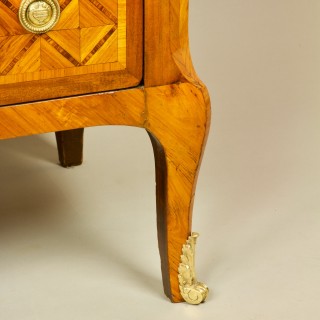 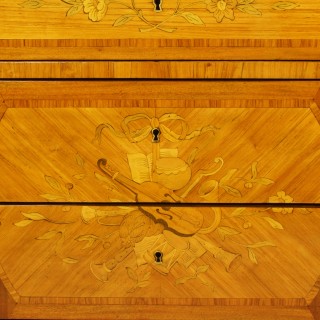 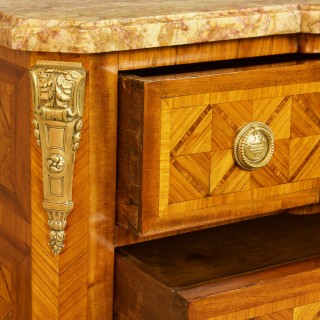 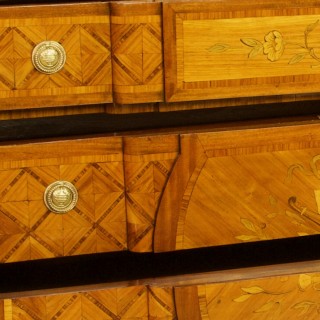 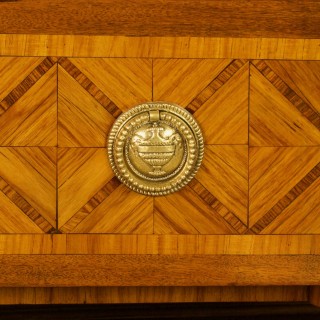 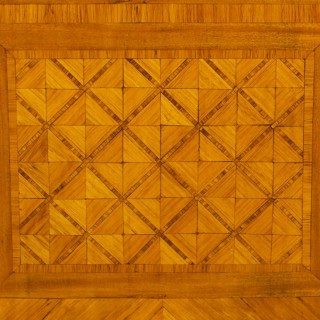 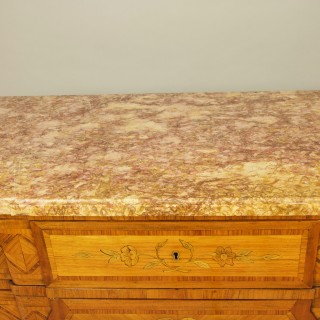 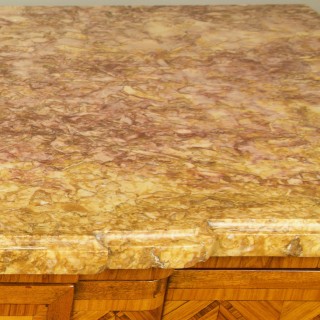 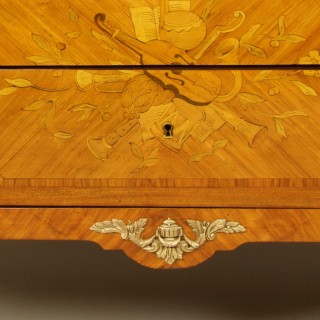 An excellent large Transition/Louis XVI love symbol marquetry double breakfront or “double réssault” commode or chest of drawers made in France circa 1760s: standing on four cabriole legs with gilt-bronze sabots the commode or chest of drawer shows canted corners and opens with three drawers, the two lower drawers veneered “sans travers” with an unusual central oval cartouche which is decorated with a trophy of musical instruments accompanied by twigs and flowers that can be understood as love symbols. The upper frieze drawer is decorated with a central floral vignette. The drawers of the commode are mounted with circular gilt bronze drawer pulls. The central cartouches of the drawers are framed by a geometrical diamond pattern, which is repeated at the sides of the commode. The commode or chest of drawers is topped with a rose and yellow colored Breccia marble slab.

A very fine 18th century transitional commode or chest of drawers with an unusually shaped double breakfront and beautiful elaborate marquetry which fits perfectly into a classical as well as a modern ambiance.

The commode does not bear a stamp but all the features of high craftsmanship: the high quality of the detailed marquetry and the fine proportions in design. All leads to a cabinetmaker of Parisian background at a level of cabinet-makers such as Pierre Roussel (1723-1782) or Nicolas Petit (1732-1791).
Nicolas Petit (1732-1791) is recorded as being a cabinet maker with workshops in the Rue de Faubourg, St.-Antoine. Petit became a Master E´be´niste in 1761, attracting an important circle of clients including the Duc d’Orle´ans, the Duc de Bouillon and the Princesse de Hesse and established himself as one of the leading 18th century French furniture makers and marchands-merciers.

Pierre Roussel (1723-1782) is considered one of the most skilled cabinetmakers of his time. He has produced a variety of excellent quality furniture thanks to his unparalleled talent as a marketer. In 1762, he even became a juror of his Community. The “l’Almanach d’indication générale ou du Vray mérite” of 1769 quotes him as one of the most important cabinetmakers of
Paris.

pierre roussel in the manner of