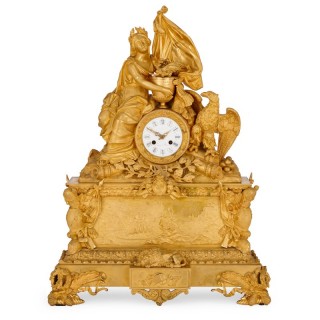 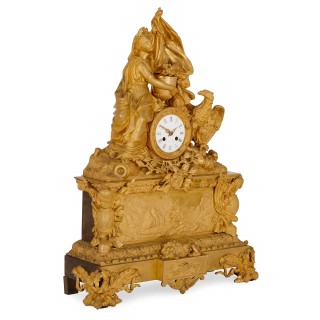 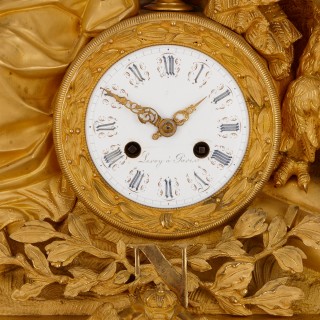 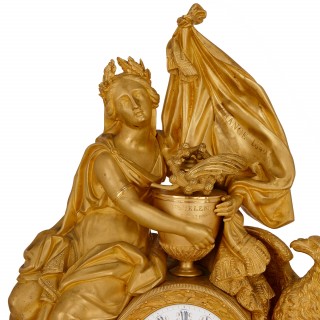 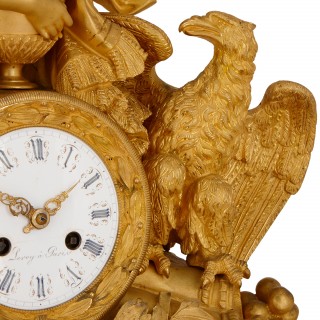 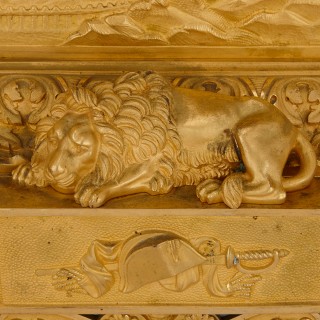 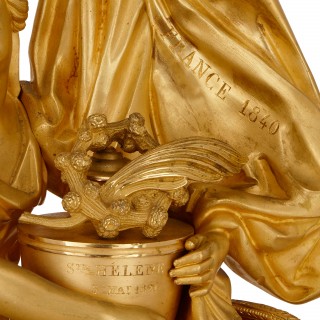 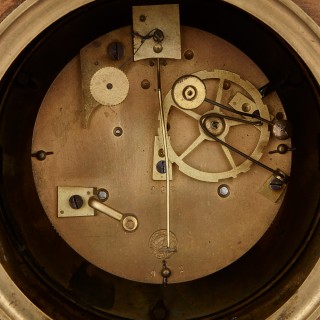 This fine mantel clock is cast entirely in ormolu by celebrated Parisian clockmaker Leroy and commemorates the return of Napoleon’s ashes to France in 1840. The clock is set on a rectangular, tiered base with four decorative feet. The lower tier is centred with a sleeping lion above a plaque showing the scarf, sword and hat of Napoleon. There is a relief plaque above the lion showing a ship off St Helena (the location of Napoleon’s exile) and to either side further decorations formed as martial trophies. To the top of the plaque is a portrait medallion of Napoleon with winged cherubs and the letter ‘N’. The circular dial of the clock, signed ‘Leroy a Paris’, is set to the centre above the base within an ormolu border and flanked by the figures of France and an eagle to either side. Between them they hold an urn, which bears the inscription ‘Ste Helene / 5 Mai 1821’. The figure of France holds a flag inscribed ‘France 1840.’

This clock was produced in 1840 by Parisian clockmaker Leroy et fils to commemorate the ‘Retour des Cendres’ (return of the ashes). After his final years in exile, Napoleon was originally buried on the island of St. Helena, and it was only in 1840 that King Louis-Philippe was given the permission of the British to bring Napoleon’s remains back to France, where he was given a state funeral. Since 1861 his remains have been housed beneath the dome of Les Invalides in Paris.