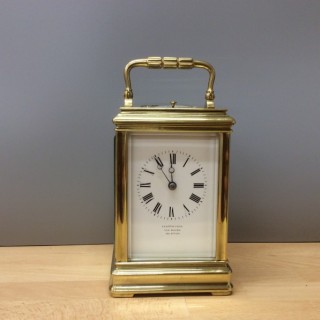 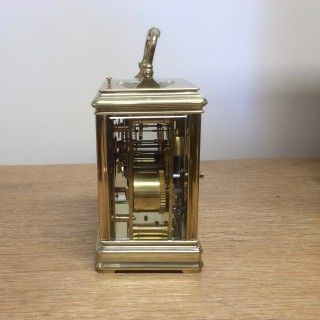 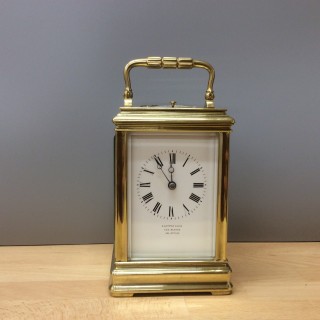 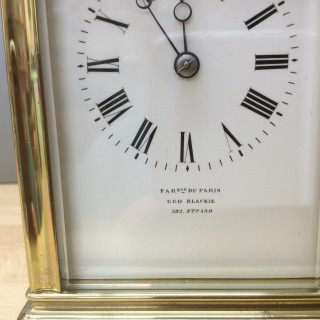 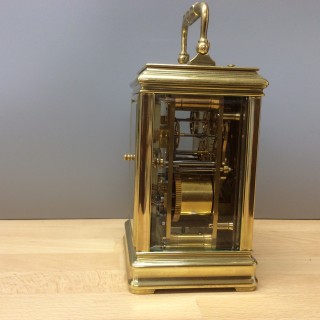 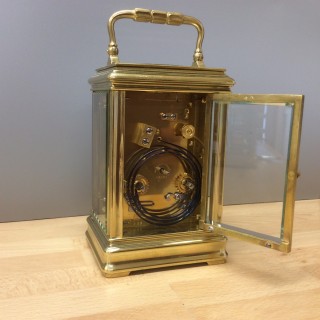 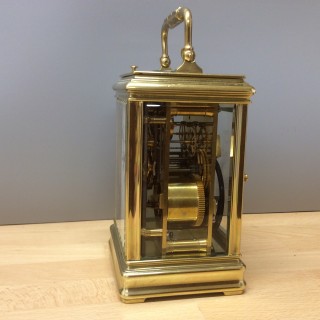 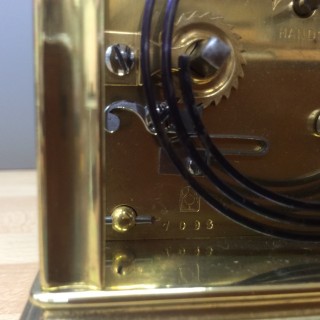 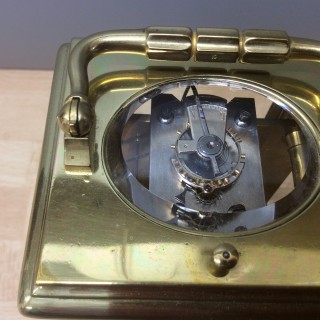 Eight day movement of fine quality with silvered lever escapement, striking the hours and halves on a coiled gong and repeating on demand.

The backplate of the movement bears the trademark for Margaine and is numbered 7093. C.1880

Francois-Arsene Margaine worked form both 22 Rue Beranger and 54 Rue De Bondy in Paris, he was known for providing beautiful carriage clocks of the finest quality. A.Margaine received a silver medal for his pendules de voyage at the Paris exhibition of 1878 and again in 1889. He was described after the exhibition as being one of the three leading carriage clocks makers.

‘Watchmakes and clockmakers of the world’ by Brian Loomes lists George Blackie as working in The Strand, London from 1813 until his death in 1885.