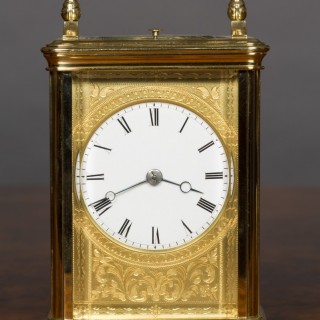 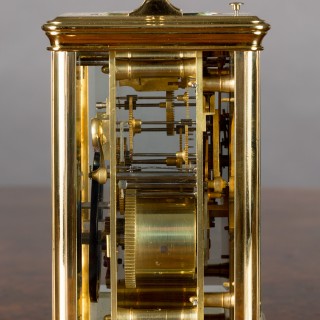 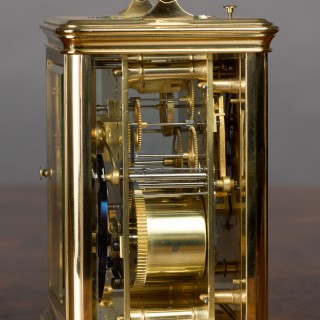 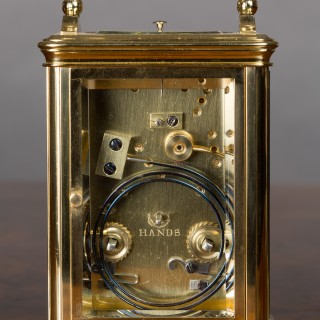 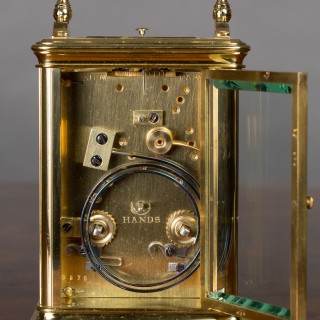 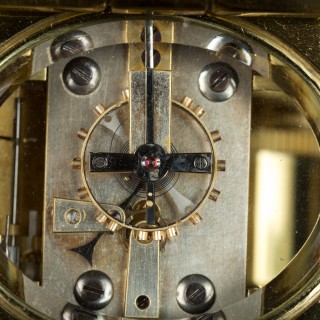 Eight day movement striking the hours and halves on a coiled gong. The backplate marked DC for Drocourt. C.1880

‘Drocourt founded in 1860 by the brothers Pierre and Alfred were one of the most famous makers of carriage clocks. They quickly established themselves at Rue Debelleyme, Paris as one of the leading carriage clock makers becoming known for their fine quality movements and casework. Clocks by this maker have become very sought after by collectors. The firm ceased trading just after the end of the first World War in 1920.