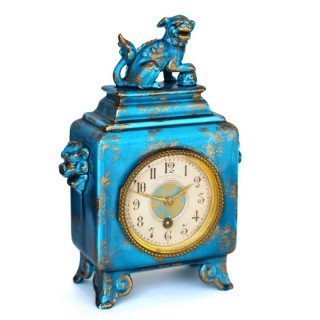 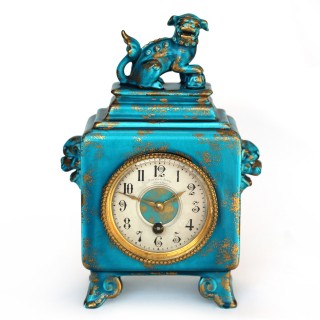 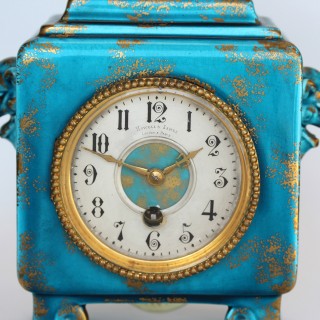 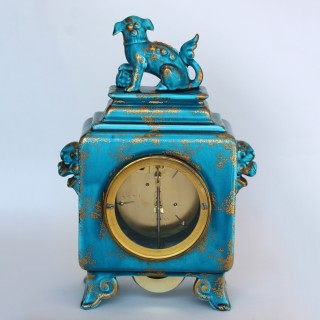 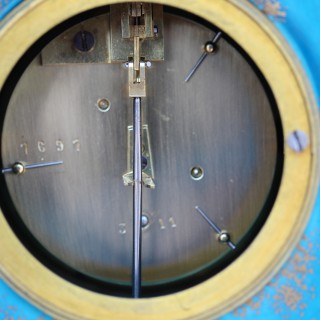 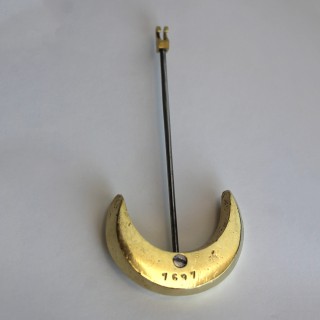 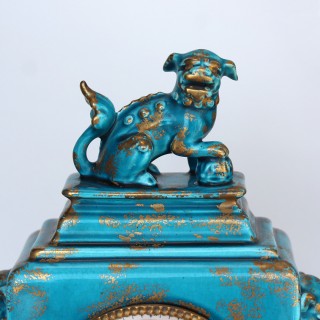 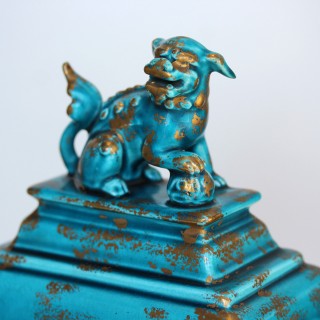 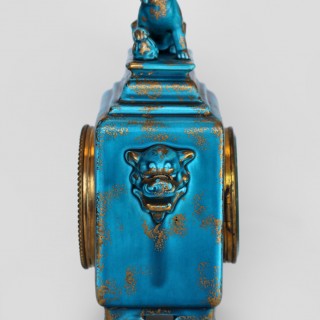 The case is in perfect original condition, the main body surmounted with a temple dog, or Foo dog, its front right paw resting on a ball.

The French timepiece 8-day drum movement has a crescent shaped pendulum, in-keeping with the Chinese theme, and stamped with the serial number 7697 to match the movement backplate.

The movement is overhauled, and guaranteed for 3 years.

Dating from the last quarter of the 19th century, the clock was made in France for the British market, who were fond of oriental inspired decorative items. The V&A describes the Aesthetic movement (1860-1900) as focused on producing art that was beautiful rather than having a deeper meaning – Art for Art’s sake.

Howell James & Company was a firm of jewellers and silversmiths based in Regent Street in London which operated between 1819 and 1911. As a retailer of luxury goods, Howell & James came to denote quality goods and social pretensions, standing alongside Harrods of Knightsbridge. The firm championed the talents emerging from the South Kensington design school – Lewis Foreman Day had made a clock for the 1851 Great Exhibition and went on to design the company’s stand at the 1878 Paris Exhibition. His Aesthetic clocks were a mainstay of Howell and James’s production. They also exhibited at the London 1862 International Exhibition, and in Paris and the International Exposition of 1867. In 1881 the premises were reconstructed and these incorporated art pottery galleries.

We have another in Chinese inspired stock, also retailed by Howell & James.