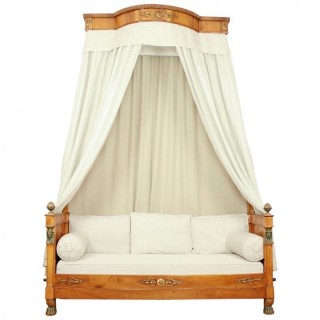 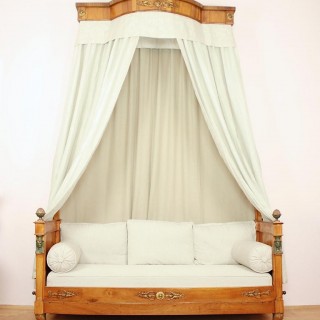 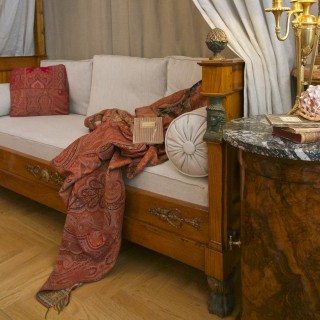 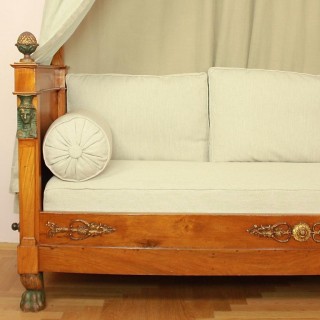 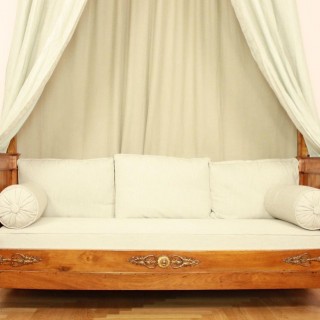 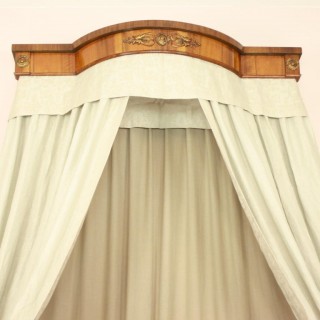 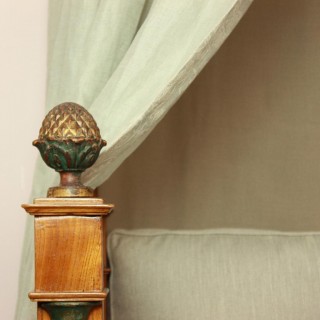 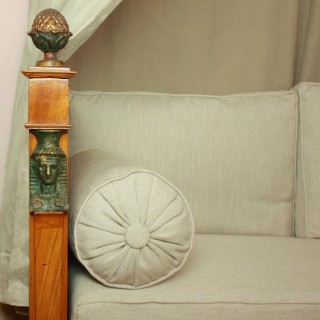 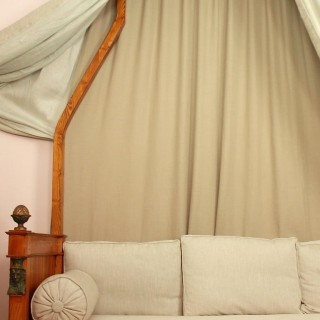 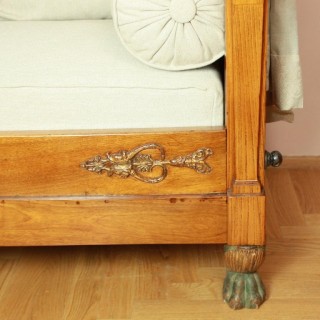 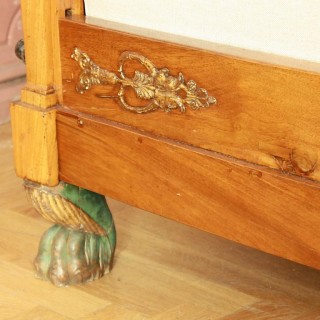 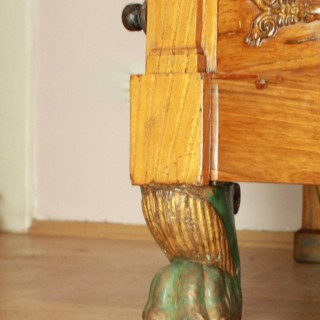 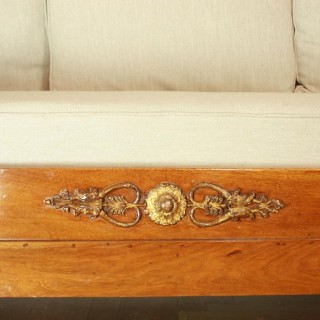 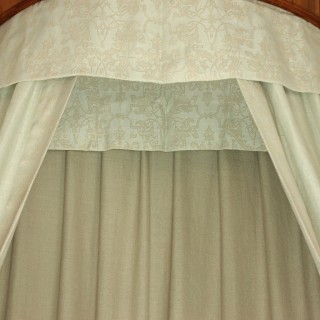 A rare Empire daybed à ‘l’ègyptien with a demilune canopy from circa 1815. Made of walnut with intricate carved decoration resembling gilt bronze mounts. The Egyptian heads and crocodile feet were painted as if made of oxidized bronze. The gilded stylised foliate decoration at the front rail are actually carved in wood. The canopy has only been recently discovered by the original owner of the daybed. Since then the daybed has been restored to its former glory, the canopy attached by new rails.
Newly upholstered with fabric from Leitner/ Austria, the wooden rails can be shortened on request.

The design is comparable to Napoleon’s bed at Chateau Malmaison, in the Chambre à coucher de l’Empereur, made by Jacob Desmalter in 1806. It was originally the bed of Eugene de Beauharnai. Malmaison was purchased by Josephine, the first wife of Napoleon, in 1799. The chateau was used as the headquarters of the French government from 1800-1802, and was Napoleon’s last residence in France at the end of the Hundred Days in 1815. Georges Jacob is known for having made some spectacular state beds. He became one of the main suppliers of furniture to the revolutionary government and later to Emperor Napoleon.

The daybed was probably originally been placed in a recessed nook or niche, which would have further protected the person in it from drafts. Niche bedrooms were private and intimate spaces that privileged convenience and the personal taste of their owners.