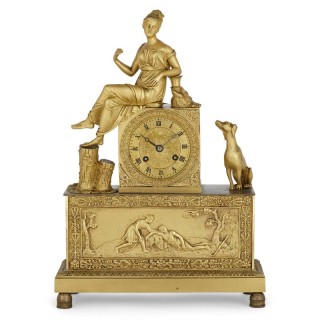 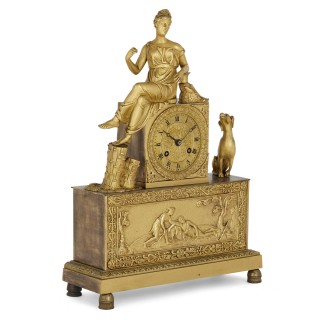 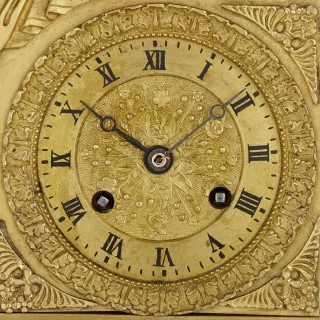 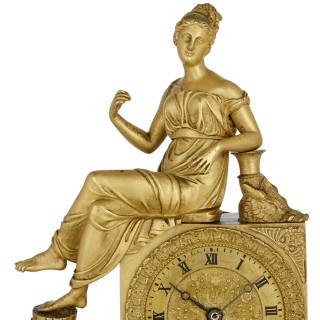 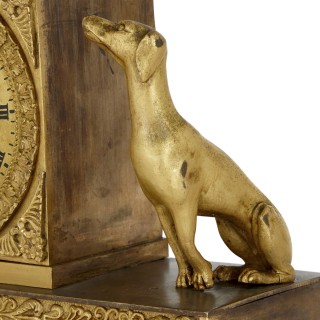 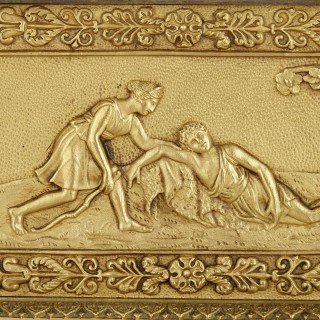 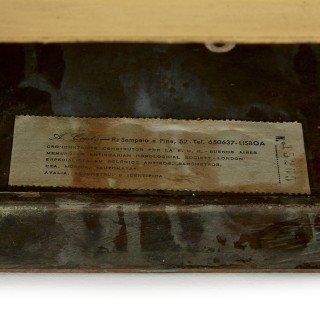 This fine gilt bronze mantel clock is an excellent example of the manner and style of clock that predominated during the Empire period.

The clock features a rectangular base inset to the front with a relief panel depicting two figures in a landscape, the entire scene bounded with a fine moulded foliate border. The base supports the case of the clock itself, which is square in profile and inset with a circular gilt bronze dial inscribed with Roman numeral hour marks. Atop the case sits a large gilt bronze sculptural figure—likely Diana, goddess of the hunt—attended by a dog.