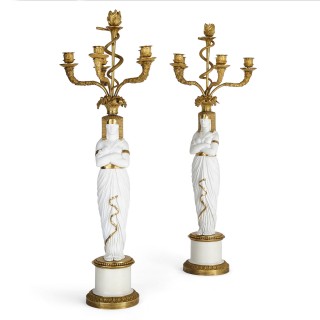 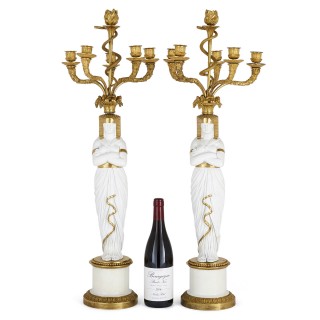 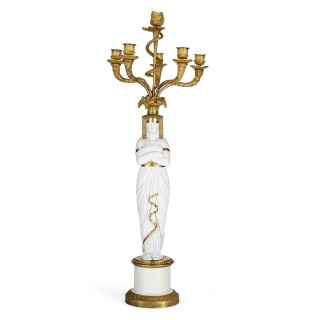 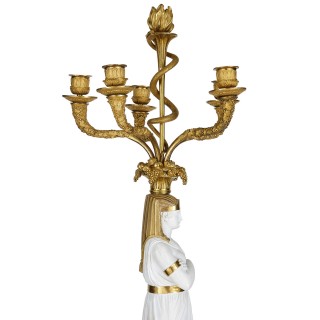 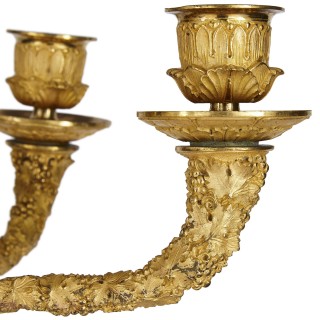 These extremely fine candelabra date from the early 19th Century, during the period of Napoleonic dominance in Europe. It was during this period that interest in the ancient civilisation of Egypt started to become fashionable, in large part due to Napoleon’s conquest of the region at the turn of the 19th Century. Each candelabrum is modelled as a standing cross-armed Egyptian female figure in a wrinkled robe. Each figure is surmounted by a gilt bronze fruit basket with an emerging central torch and a ringed snake, surrounded by a set of five light candelabra. The robes and hair of the figures have parcel gilt detailing, and they are both set on a stepped cylindrical plinth base.