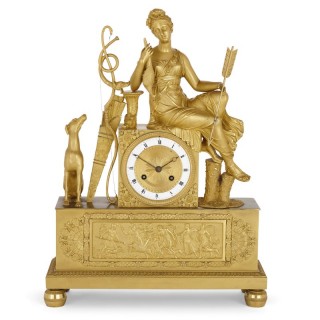 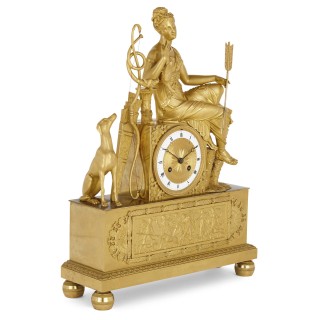 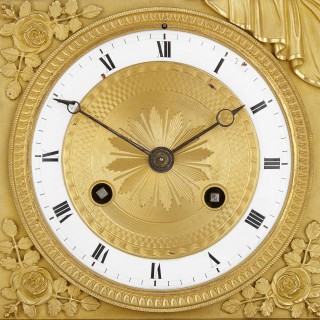 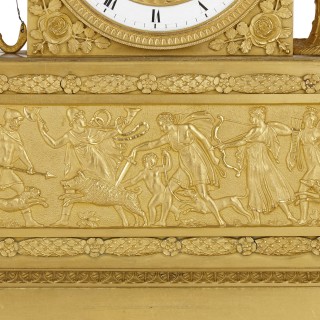 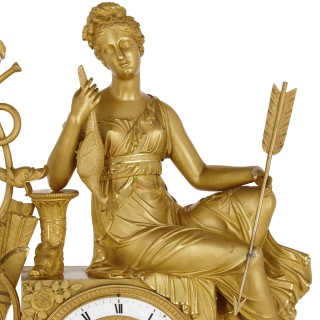 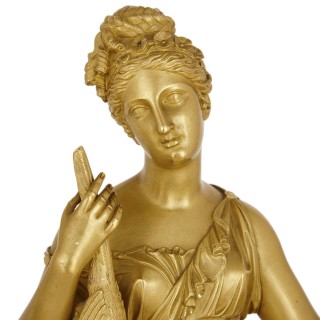 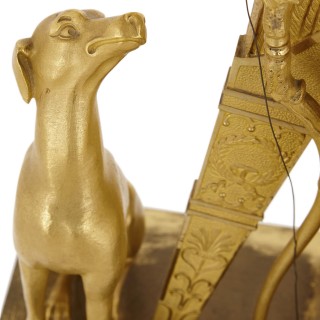 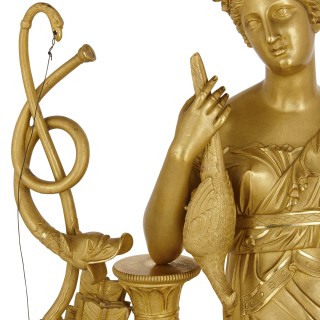 This mantel clock, wrought from gilt bronze during the French Empire period, features a rectangular base, set above four bun feet, the front of the base adorned with a gilt bronze relief panel of a hunt. The base supports the centrally placed, square-faced clock case, which is inset with an enamel dial inscribed with Roman numerals. Strikingly, the case is topped by a large and impressively rendered sculpture of the Roman goddess Diana. She sits atop the case surrounded by her symbols—the bow, arrow, and her hunting dog. The gilt bronze throughout is superbly cast and finished.