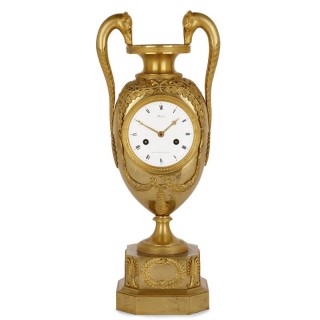 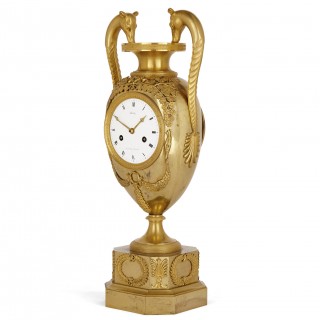 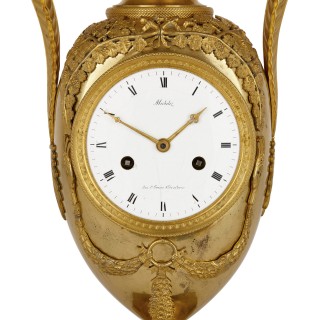 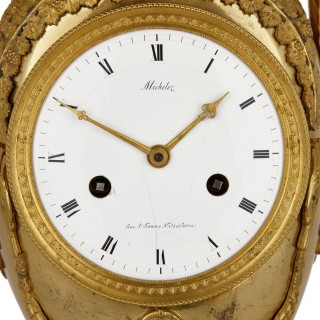 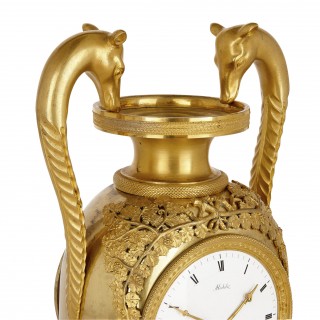 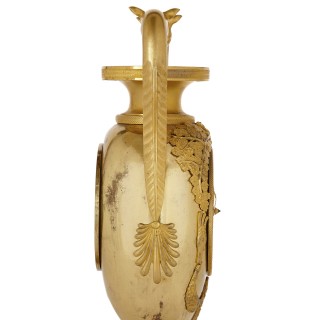 This beautifully formed and crafted mantel clock, dating to the French Empire period of the early 19th Century, was produced by Michelez, a leading producer of the day. The clock is in the guise of a classical vase, replete with curving dog’s head handles, a flared rim, and a plinth-form base. The body is crafted from gilt bronze and features additional gilt bronze mounts, which take the forms of leaf laden vine swags, palmettes, and classicising garlands. The white enamel dial, signed ‘Michelez / rue St. honoré No. 128 à Paris’, is inscribed with Roman numeral hour marks.