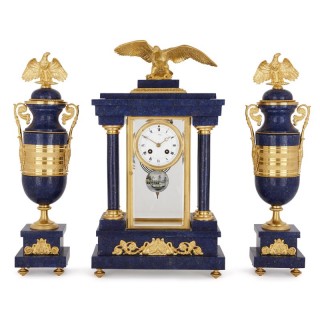 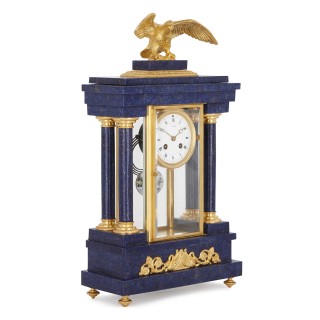 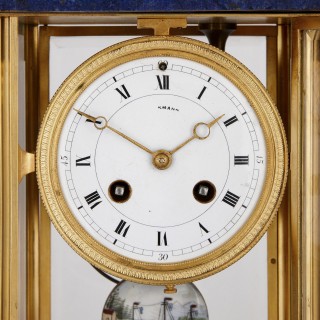 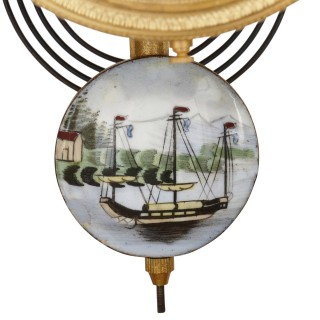 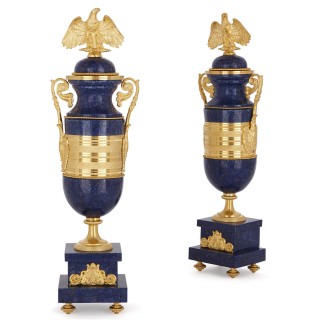 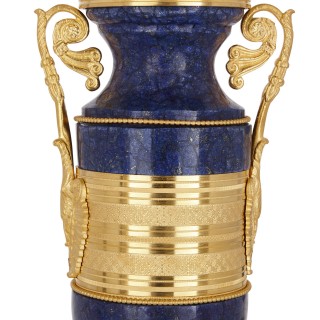 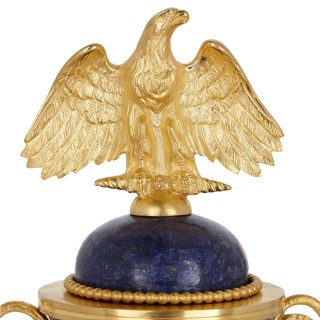 This beautiful early 20th Century clock set with later lapis veneer will make a stunning Neoclassical style addition to a mantelpiece and a bold interior statement thanks to its brilliant blue and gold colour scheme. The set dates from the early 20th Century, when the gilt bronze details were completed, and has since benefited from the later addition of a luxurious lapis lazuli veneer. The garniture consists of a central clock with a pair of flanking vases.

The central enamel clock dial is circular in shape and is inscribed with Roman numerals, as well as a partially rubbed signature. It is mounted to an upper lapis lentil, from which the clock pendulum also hangs. The upper lentil is supported by four lapis columns, which are mounted at their bases and capitals with gilt bronze, and entire body of the clock is surmounted by a gilt bronze eagle.

The pair of flanking vases is also veneered in lapis lazuli, and each one is decorated to the body and base with gilt bronze mounts in the form of Classical-style decorative motifs, as well as with two gilt bronze handles and an eagle form finial.