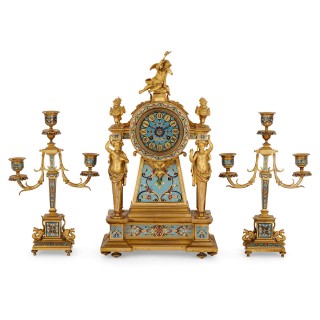 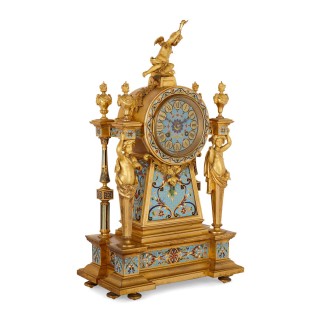 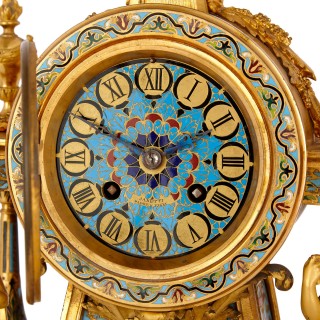 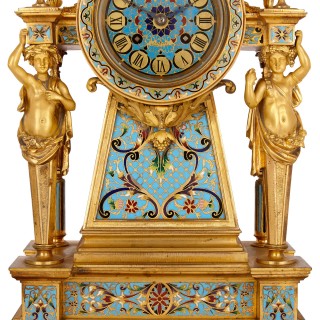 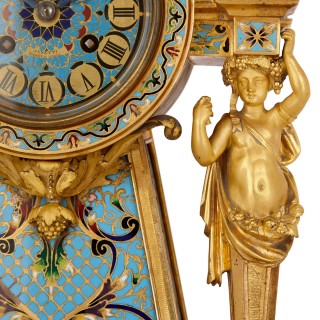 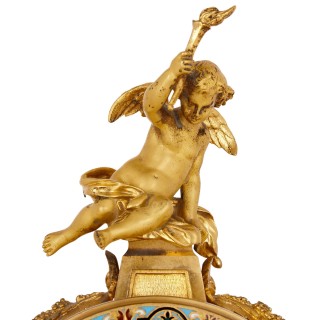 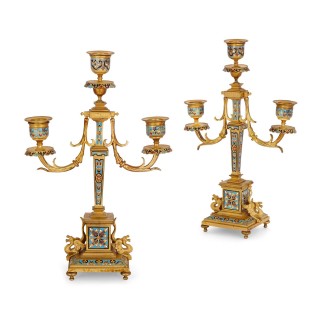 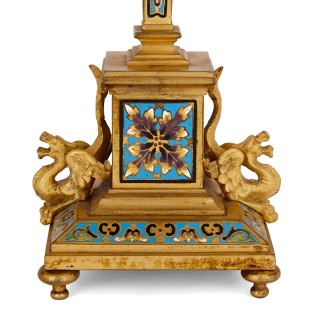 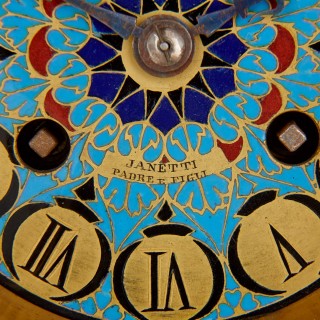 The clock features a plinth base and a shaped entablature separated by four columns and a pyramidal support—with the two front columns being wrought in the manner of caryatids. The base, pyramid, circular clock face, and entablature feature enamel work in various shades of blue. The clock is surmounted by four gilt bronze flaming finials, and a central figurative putto. The candelabra are similarly formed, each with a gilt bronze structure finished with colourful enamel. Each candelabrum features three light branches.

The face is signed ‘‘Janetti / Padre e Figli’, meaning that the set was retailed by the Italian retailer.