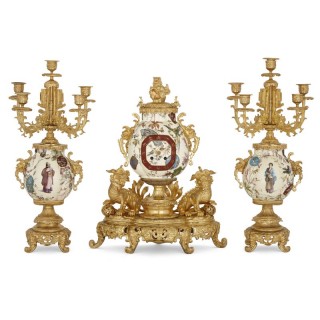 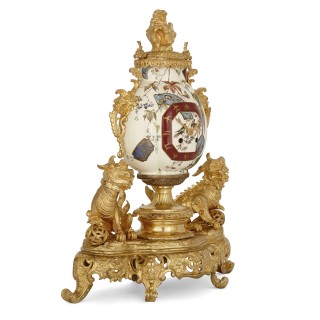 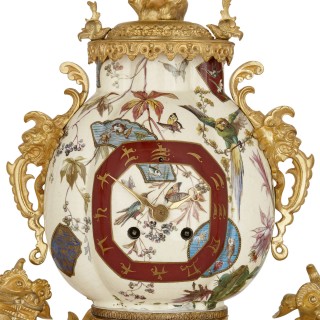 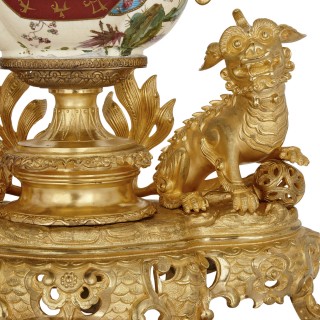 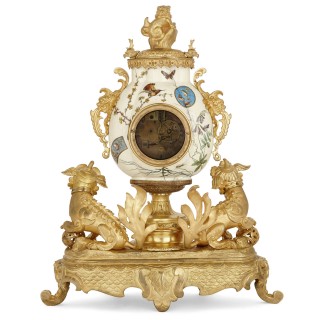 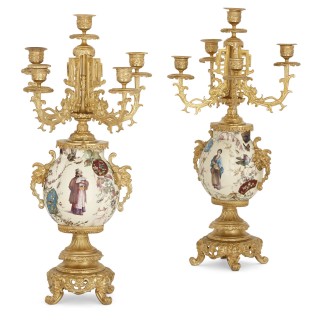 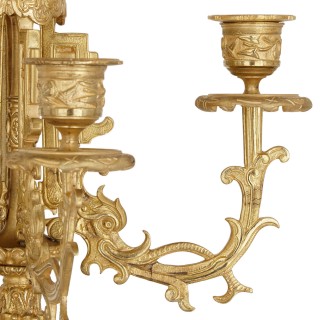 This wonderful clock set, comprised of a mantel clock and two candelabra, is crafted from beautiful French faience mounted with superbly cast and gilt bronze. The set is designed in the distinctive French Chinoiserie style.

The pair of candelabra is similarly decorated, each featuring a faience body and gilt bronze bases. Each candelabrum features five scrolled gilt bronze branches arranged in a tier about a central stem.