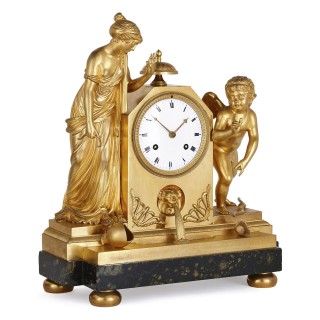 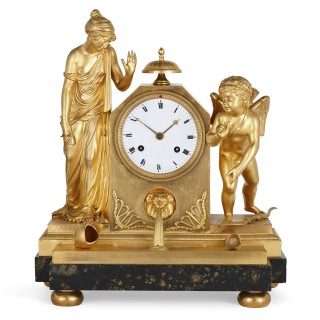 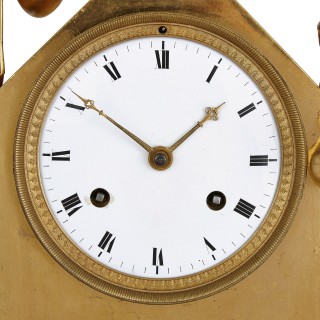 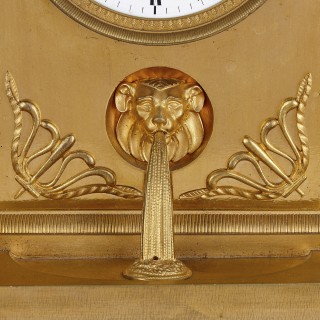 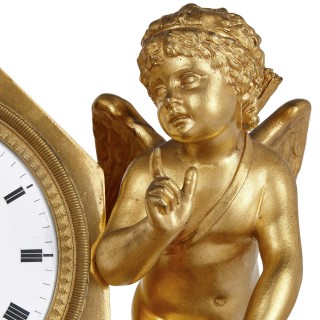 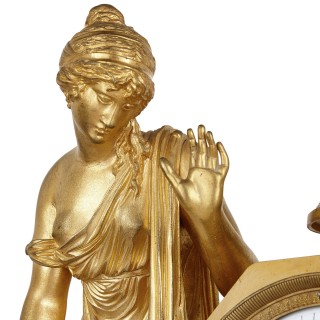 This mantel clock features fine gilt bronze Classical style figures either side of the dial, masterfully cast in the Empire style. The clock is set on a shaped green marble base on bun feet, above which there are mounted urns and a fountain on the lower part of the clock case. The case is surmounted with another urn, and mounted at the centre with the clock dial, which has Roman numerals. On the left of the dial there is a gilt bronze winged cupid figure shown with a bow on the ground next to him; while on the right of the clock there is a full-length lady figure shown wearing Classical robes.