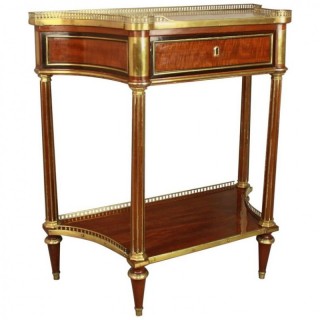 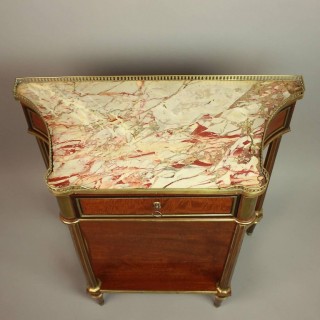 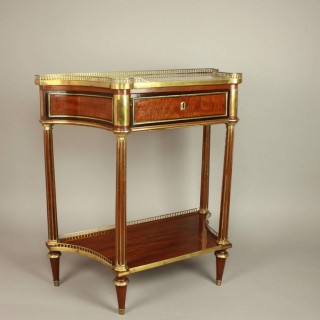 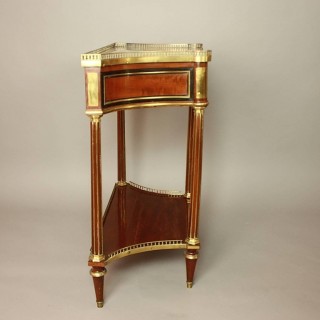 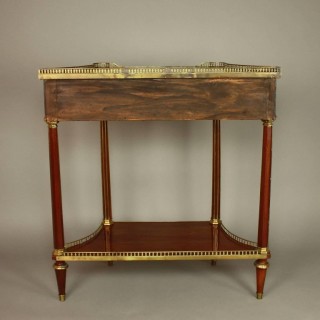 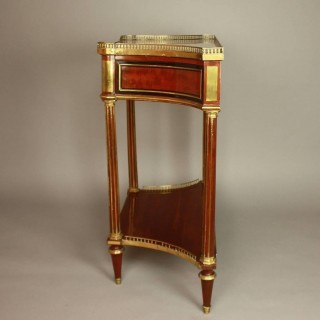 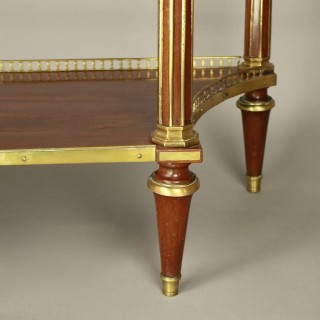 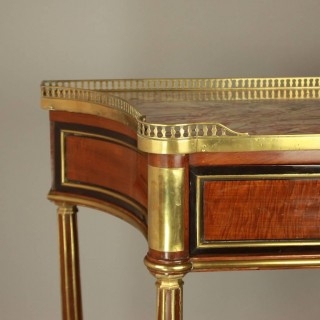 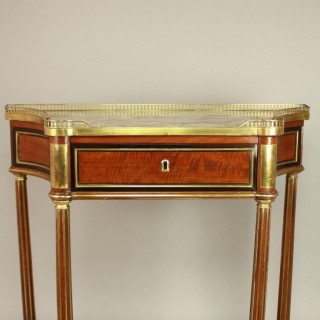 A fine Louis XVI gilt-bronze mounted satinwood and mahogany console table in the manner of Claude-Charles Saunier (1735-1807).
The console table with a concave-sided rectangular top with an inset red and white marble top ‘Sarrancolin Opéra’ with a three-quarter pierced gallery, above a paneled frieze drawer with edge-banding, the sides similarly decorated, the fluted baluster legs headed by mille raie panels and united by a concave-sided mahogany undertier, raised on turned tapering feet.

Claude-Charles Saunier (1735-1807) was one of the leading ébénistes of the later Louis XVI period known for the restrained Neo-classical design. The use of bois citronnier (satinwood) was one of his noteworthy innovations. The contrast between the lighter and darker coloured veneers together with the gilt-bronze inlays and mounts created the luxury neo-classical style furniture of the end of the 18th century. The marchand-mercier Dominique Daguerre commissioned furniture by Saunier and promoted it for both the French court and increasingly during the 1780’s, to the English nobility.
Furniture by Claude-Charles Saunier are part of the following collections: Chateau von Fontainebleau, Musée des Arts Decoratifs Paris, Louvre, Muse´e de Carnavalet, Metropolitan Museum of Art, Schloß Nymphenburg Munich.