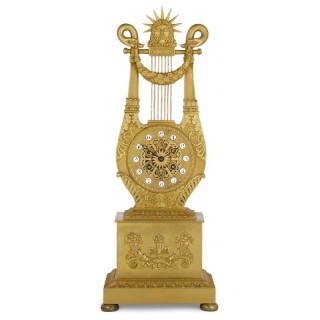 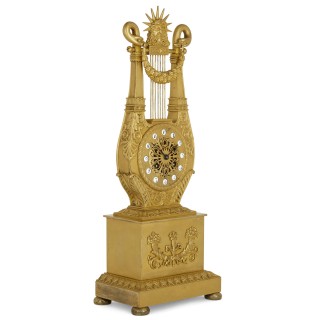 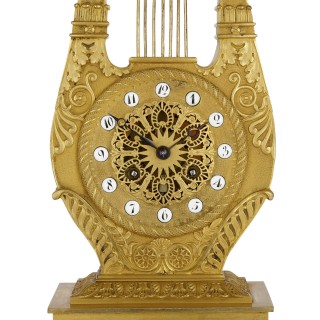 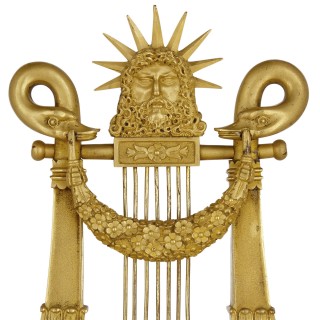 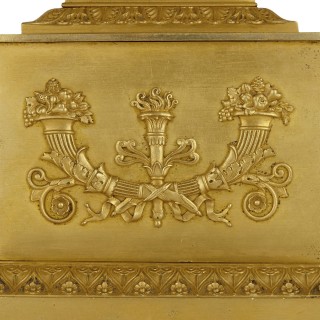 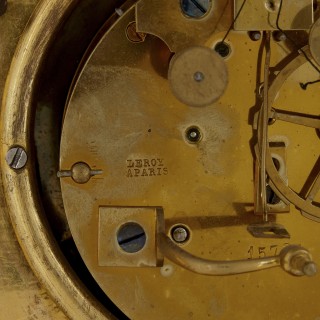 This wonderful mantel clock, crafted entirely from gilt bronze, is a magnificent example of the Louis XVI style. The clock is designed about the motif of the lyre—a popular form for Louis XVI style clocks. The clock features a stepped plinth-form base, raised on four bun feet. The base supports the clock case itself, which is wrought to resemble a lyre: the dial is set into the body of the lyre, while the twin lyre arms spring from the shoulders of the case. The arms are joined above by a garland held by scrolled swan’s head finials, between which is situated an Apollo sunburst mask. The gilt bronze surrounding the dial is richly moulded with scrolled forms and grasping acanthus leaves. The dial itself, with a pierced centre, features Arabic numeral hour marks on individual circular enamel cartouches.

The movement is signed ‘Le Roy a Paris.’