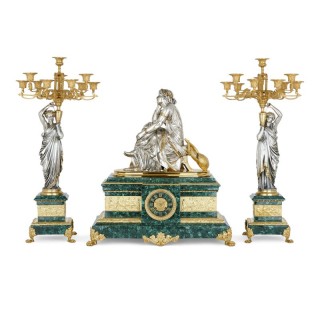 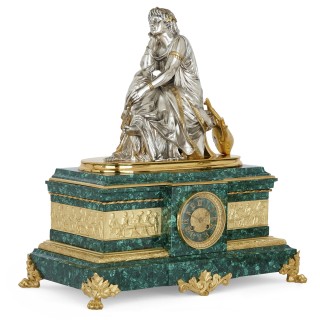 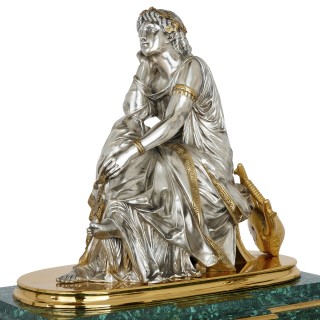 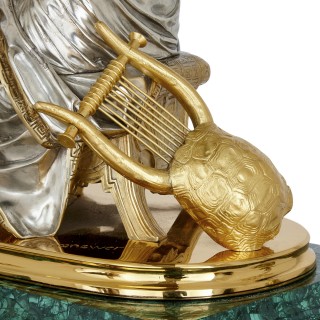 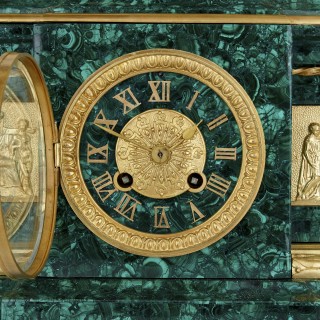 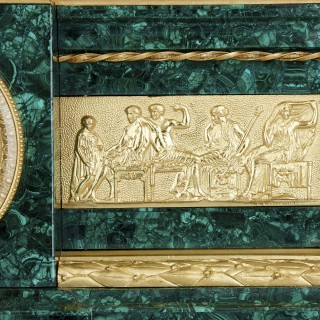 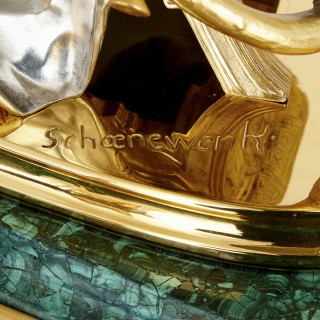 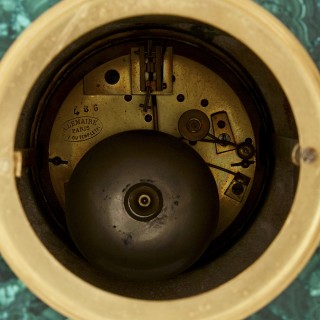 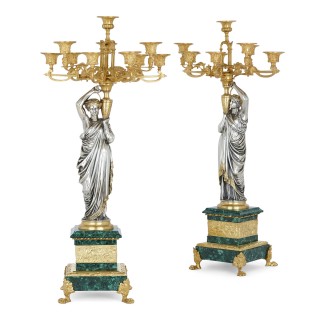 This fine three-piece clock set is wrought from gilt and silvered bronze, as well as malachite—which is a later veneer—in the Neoclassical style. The set is comprised of a mantel clock and a pair of candelabra. The mantel clock features a plinth form malachite case encompassed by a relief frieze in ormolu in the ancient Greek style. The case, which features a circular ormolu dial, is surmounted by a large and superbly crafted figure of the Greek poet Sappho, seated on a ledge with her legs crossed and head braced by her arm. Her figure is crafted from bronze, which has been silvered and gilt. The pair of candelabra are similarly formed, each with a malachite plinth form base and a stem modelled as a silvered and gilt bronze figure, who holds aloft the candelabrum head. Each candelabrum issues nine ormolu branches.

The figure of Sappho is signed ‘Schoenewerk’ and the movement is signed ‘A. Lemaire Paris R.V. du Temple 121’.