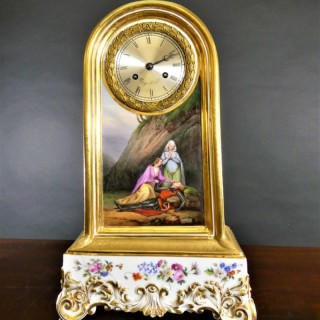 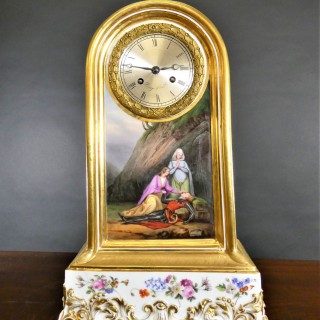 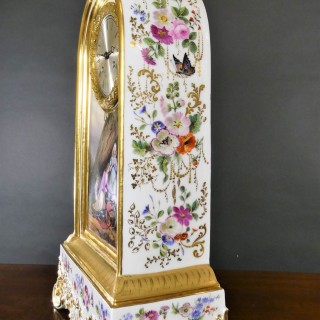 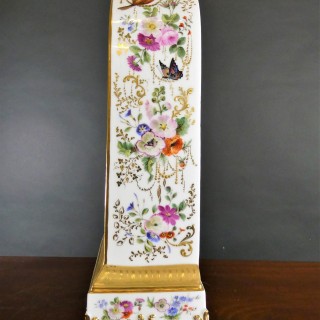 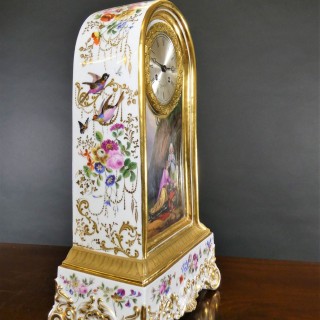 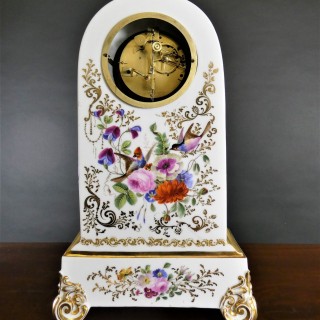 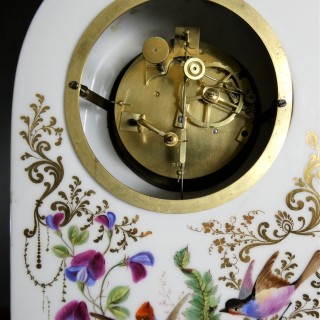 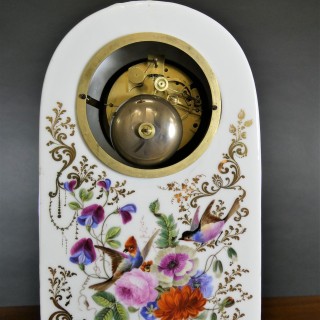 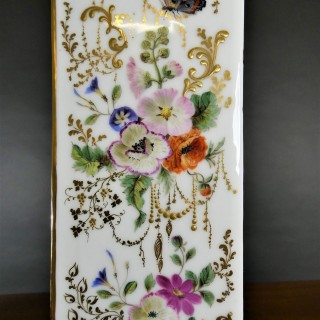 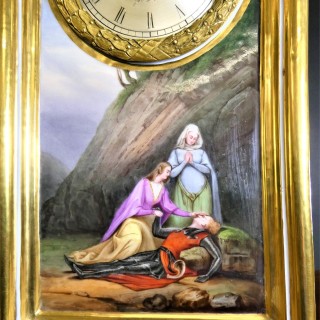 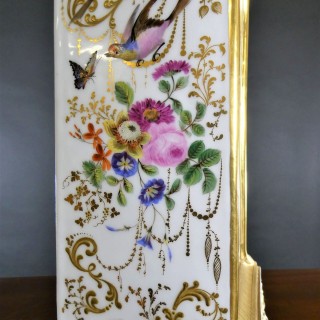 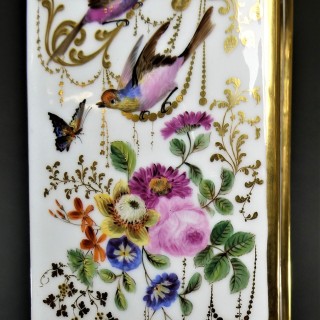 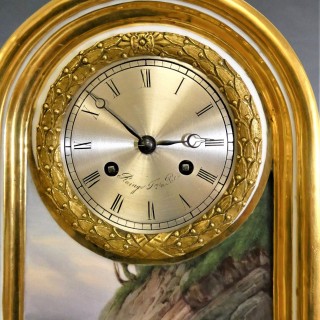 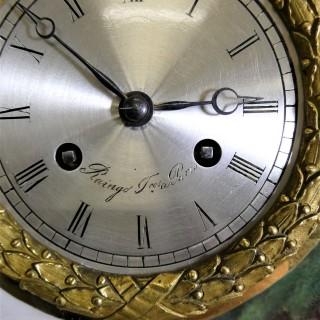 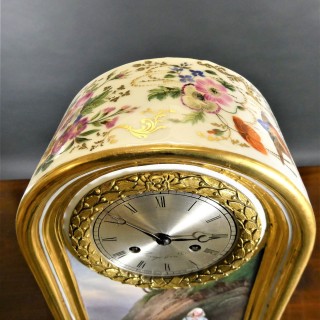 French porcelain mantel clock housed in an arch top case with raised stepped plinth and resting on scroll feet. Outstanding hand painted panel to the front with gilt surround depicting two maidens attending a fatally wounded knight. Beautifully decorated to all sides with flowers, birds and butterfly on a white ground with gilt decorative border to the plinth.

French eight day movement with silk suspension, anchor escapement and outside countwheel, striking the hours and halves on a silvered bell. The backplate signed Raingo Fres, a Paris and numbered 301. C.1850

Raingo Freres began with Zacharie Joseph Raingo ( 1775-1847) a clockmaker born in Belgium in 1775. He specialised in creating astronomical clocks. One of these creations made in 1824 was purchased by King George IV of England and is now housed at Windsor Castle.
The firm Raingo Freres ( incorporating his four sons) began in 1823. They specialised in producing Empire clocks, manufacturing Mantel, Table and Wall mounted clocks.
In the 1860’s the firm supplied several clocks to Emperor Napoleon III and his wife Empress Eugenie which are now in the collection at the Musee Du Louvre.

very good condition. The clock movement has been completely stripped down and serviced and is in full working order.