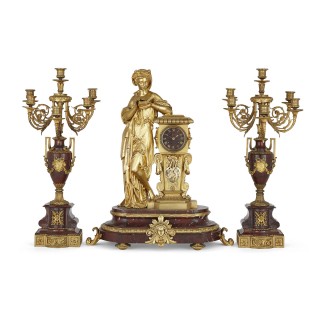 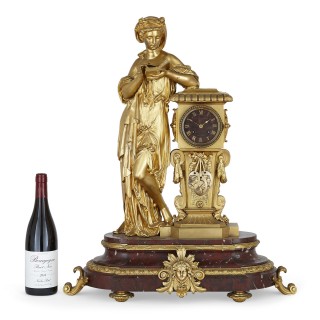 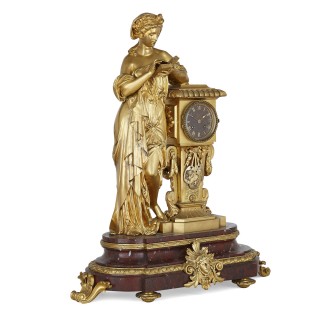 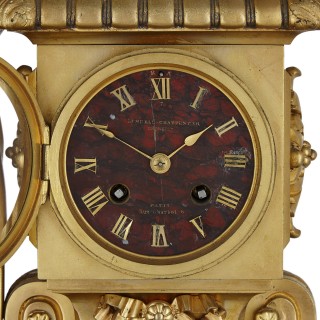 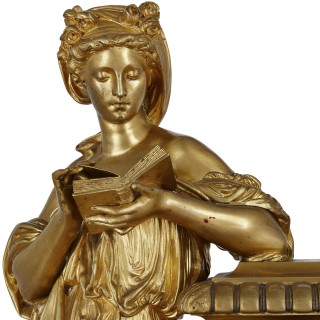 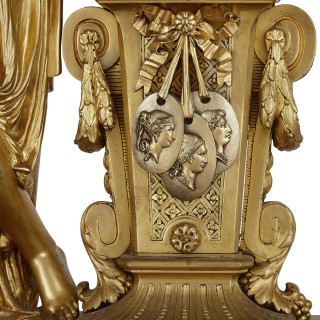 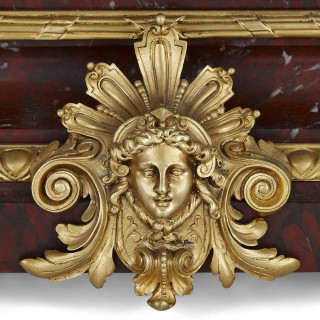 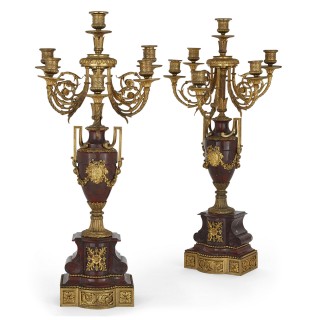 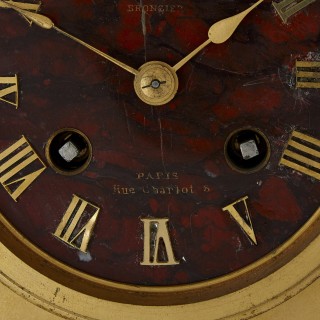 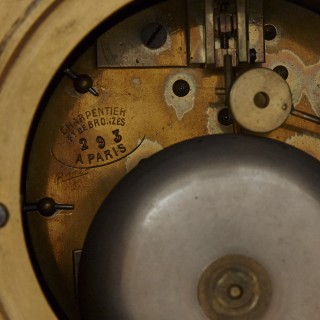 This elegant three-piece matched clock set features a mantel clock and a pair of candelabra, each of which is crafted from red marble and gilt bronze in the Neoclassical style.

The mantel clock features a shaped red marble base mounted with gilt bronze elements, such as a classical mask to the front centre and scrolling acanthus leaf feet to either side. The base supports the pedestal-form clock drum, which is crafted from gilt bronze and inset with a red marble dial. The drum is adorned with scrolling brackets, draped swags, and three medallions. A large figure of a reading woman leans against the drum, her form and dress distinctly classical in appearance.

The dial and movement are signed for Lermerle Charpentier.