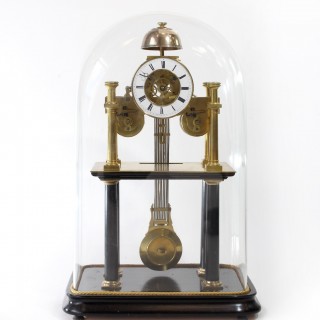 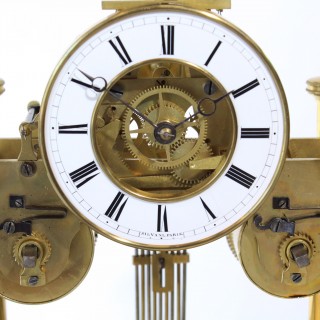 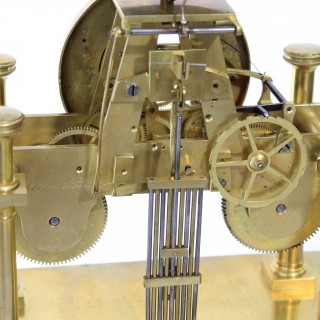 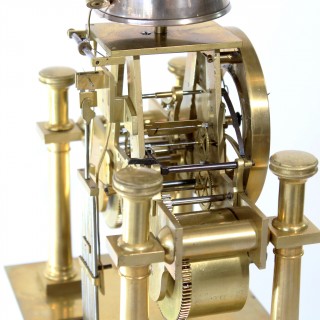 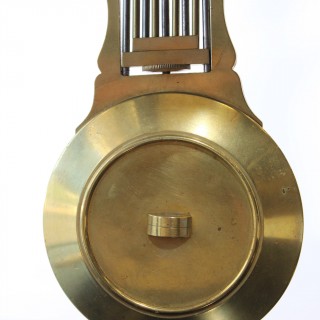 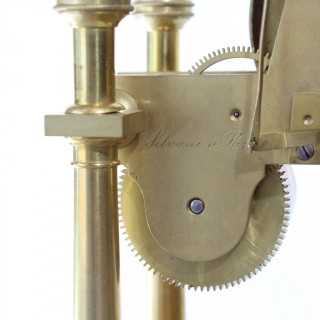 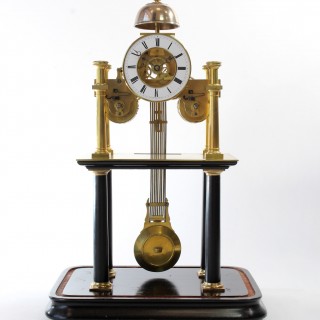 The two train movement strikes on a bell with a three week duration.

The exposed two-train brass movement is supported on four brass pillars and heavy plates with further ebonised wood Doric columns beneath. It strikes the hours and the passing of the half hour on the large silvered bell surmounting the movement. The rear of one of the barrels is signed Silvani, Paris.

The 3½ inch dial white enamel chapter ring has Roman numerals and is also signed for the maker.

J Silvani is recorded as working in Paris from 1835. A portico clock by Silvani resides in the Royal Collection in London.

Our price includes delivery within the UK mainland. We are happy to quote for delivery overseas.