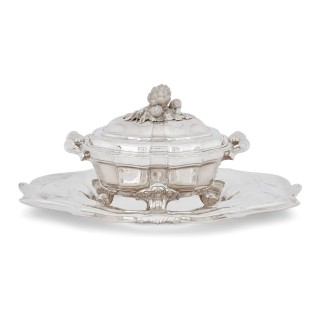 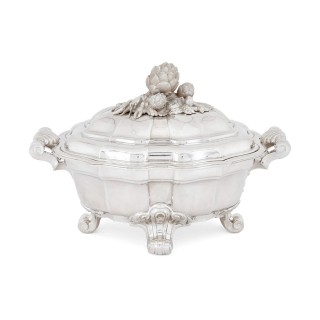 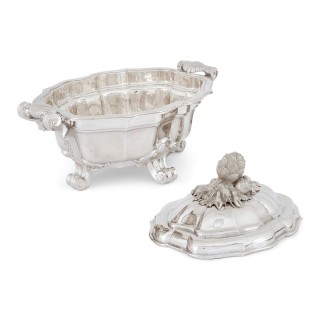 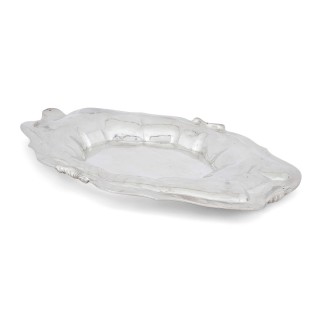 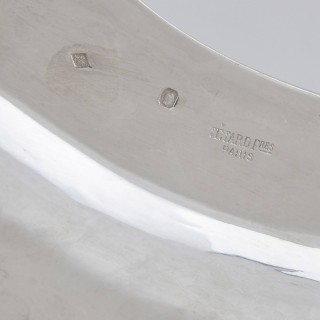 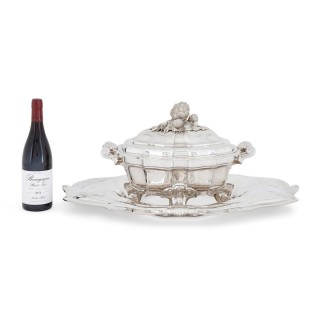 This elegant tureen is a wonderful example of early twentieth-century French design by one of its leading practitioners in silver: Tétard Frères. The tureen is traditional in form, with an oval profile, a shaped body, four scrolled feet, and two handles moulded with foliate motifs. The cover is domed and is surmounted by a superbly finished finial depicting artichokes. The tureen is accompanied by a tray, which is formed in a conforming and complementary manner. The tureen is not simply functional, but also a wonderful piece of decorative art.

The silver is fully hallmarked for Tétard Frères.