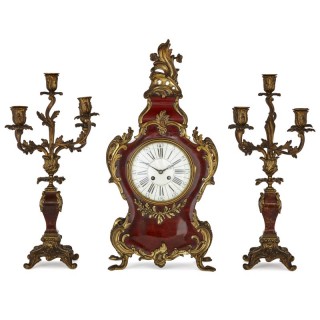 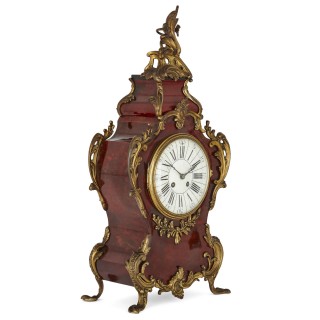 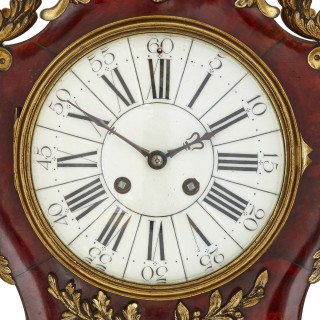 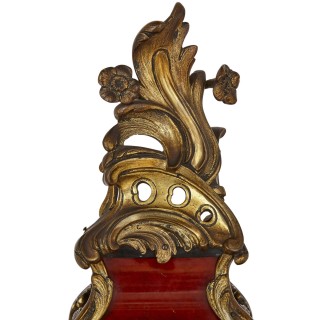 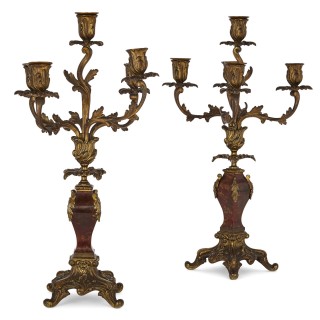 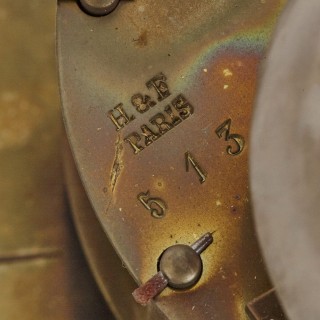 Comprised of a mantel clock and a pair of flanking candelabra, this unusual three-piece clock set is crafted from gilt bronze and beautifully lustrous tortoiseshell. The body of the clock is wonderfully curvilinear, undulating rhythmically. The tortoiseshell throughout is superbly burnished, while the bronze mounts are finely cast and delicately gilded. The mantel clock contains a while enamel dial numerated with Roman numeral hour marks and Arabic numeral five-minute marks. The pair of five-light candelabra is similarly decorated, also featuring fine tortoiseshell bodies and gilt bronze mounts.

The clock movement is signed with the mark of H & F of Paris.